The , being the first country in to hold a 3X3 basketball tournament since its introduction, brought together delegates from the US Embassy headed by Ambassador Edward M. Alford, and representatives from Africell and the National Aid Secretariat.

In his welcoming remarks, GBA secretary general Abdoulie M. B. Jallow commended the US Embassy and Africell for being partners to such an occasion, saying there is need for the development of the discipline from the grassroots.

Ambassador Alford thanked the GBA, the National Aid Secretariat and Africell for their contribution and support in the promotion of sport in the country.

Ambassador Alford revealed that does play a lot of different games such as basketball and football. “But basketball, such a brilliant sport, which has minimal equipment and everybody can play it regardless of your origin, or background; is measured by what one can do in a competition,” Ambassador Alford pointed out.

Musa Ceesay of Africell, in his remarks on the occasion, said his company is always proud of associating with anything successful in terms of youth development.

Ousman Badgie, director of the National Aids Secretariat, said no one is immune against HIV and Aids but people can always maintain good behavioural practices and ensure no affection or infection by the disease.

He appealed: “We must co-exist with those affected or infected by the disease.” 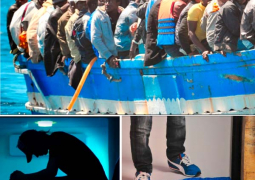