4H the , a local non-governmental organisation, recently disbursed cash amounting to D30, 000 to three 4H cluster clubs in Niani and Sami districts in Central River Region- North. The monies were presented at a colourful ceremony held in Sami Karantaba village.

In presenting the cash, Mr. Banna Susso the 4H field assistant for Central River Region North, spoke at length on the important role played by his NGO in the development of the country.

According to him, the fund disbursed was purposely to be used to raise sheep, otherwise called sheep fattening, for the club members. He further revealed that the gesture is part of their annual activity. He explained that the proceeds that the cluster clubs obtain from marketing sheep in the fattening programme would be used to implement some of their small projects.

Mr. Susso thanked their Norwegian 4H partners for supporting the initiative by making funds available to support 4H cluster clubs in The Gambia to implement some of their minor projects through income generating activity.

Mr Susso further disclosed that 4H The is a local youth NGO established in 1987 with a specific aim to empower youths through skill acquisition and to reduce rural urban drift. According to him, since the inception of 4H The , a lot of achievements has been realised such as establishment of over forty 4H cluster clubs in various districts in the regions.

He added that 4H The Gambia has provided capacity building for its members on business management, organisational training, animal husbandry, book keeping and provision of fishing gears and equipment to fishermen's associations, with starting capital to kick start their projects, loan and grant disbursements, among others.

Susso urged the beneficiaries to make best of the funds as  enshrined in the plan document.

Speaking on behalf of the beneficiaries, Mr. Bocarr Njie commended 4H and their Norwegian partners for their support in poverty alleviation by engaging the youths to take charge of their responsibility in community participation. He assured their partners that the fund given to the clubs would be used for its intended purpose. 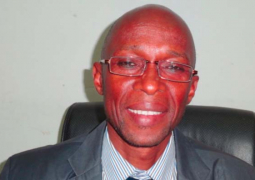 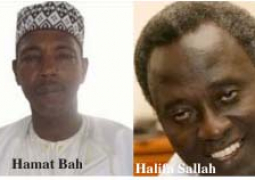