YMCA Basketball team has progressed to the final of the 7th edition of the late Pa Modou Sarr Memorial Basketball Tournament after beating Serrekunda East Basketball 57 points to 55 points at the first semi-final at the Serrekunda West Mini-stadium on Tuesday.

Serrekunda East made a perfect start to the game and they created numerous chances and registered brilliant baskets but later YMCA dominated possession and recorded spectacular baskets in the dying minutes of the game, which earned them a victory to secure a place at the final. 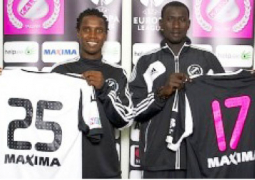