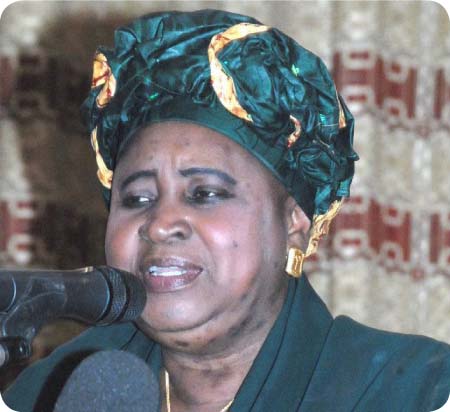 A-three-day National Microfinance Summit organized and funded by the Central Bank of The Gambia in collaboration with the International Fund for Agricultural Development (IFAD), the Social Development Fund and other microfinance institutions, on the theme: “Building a Sustainable Microfinance Subsector for Poverty Alleviation”, on Wednesday 30thOctober 2013 got under wayat the Kairaba Beach Hotel.

In her keynote address, Aja Dr. Ajaratou Isatou Njie-Saidy, Vice President and Minister of Women’s Affairs, said there was no iota of doubt in her mind that the use of microfinance as a development tool has been at the forefront of many country strategies, and The Gambia is no exception.

She stated that there is mounting evidence that the availability of financial services to the poor and low income population, which is critical to poverty alleviation, can impact positively on the welfare of the people.

‘‘It goes without saying that the impact of microfinance goes beyond just business investments, agricultural loans or the provision of saving services,’’ she added.

She noted that the Micro-credit Summit Campaign set global outreach targets for providing access to credit for 100 million poor households by 2005.

According to her, a survey in 2009 showed that this goal has been well surpassed, and the new estimate is to have a global reach of 175 million of the world’s poorest families, especially women of those families, to receive credit for self-employment and other financial and business services by the end of 2015.

The Vice President further stated that the summit is working to ensure that 100 million families rise above the US$1.25 a day threshold between 1990 and 2015.

‘‘In the Gambia, it is estimated that practitioners have reached over 250, 000 beneficiaries with microfinance service. This represents less than 20 percent of the population, but may be higher considering the services that have not been captured by official statistics,’’ she said.

She added that it is for this reason that priority must be given to building capacity on both the supply and demand side of microfinance to ensure greater outreach and sustainability of financial services.

Amadou Colley, Governor of the Central Bank of The Gambia, recalled that the first national summit on microfinance was held ten years ago at this same venue, adding that in the decade since, microfinance has evolved both at home and abroad, punctuated by profound positive developments and challenges as well.

According to him, the government continues to place great importance on microfinance as a blunt tool in the fight against poverty.

This commitment, he said, is underlined by the numerous initiatives aimed at increasing access to financial services, especially to the poor and vulnerable segments of the population.

‘‘As the custodian of the financial system, the Central Bank of the Gambia (CBG) continues to take a lead role in the regulation, supervision as well as coordination of the development of microfinance in The Gambia,’’ Governor Colley stated. 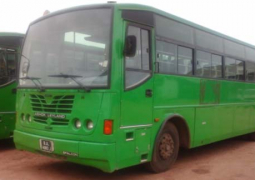