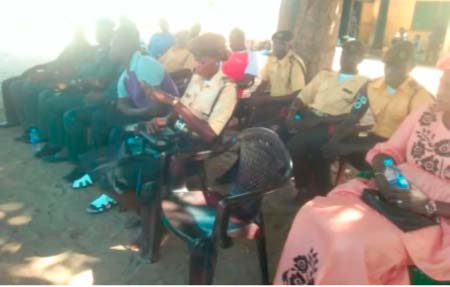 As part of efforts to control the porous Gambian borders, 25 security officials have completed a three-day basic first aid training on border frontline control, held at the Amdallai Border Post.

Fumiko Nagano, Chief of Mission, International Organisation for Immigration (IOM) The Gambia said in most basic form, first aid is the initial assistance given to a victim of injury or illness, and at the International Organisation for Migration, they strongly believe that knowledge of first aid is vital for security personnel, more crucially as first responders at the borders during potential health emergencies.

According to her, in a region with growing movement of people across borders that also has faced public health emergencies in recent years, delay in first aid response may cause further injury or harm, and as frontline border officials, they are the country’s gatekeepers.

“Your job is not easy, and it is admirable that you continue to protect the country’s borders from the unwanted pathologies of migration which, as we know, must be done in a safe, regular and orderly manner in order for us to harness its benefits.”

The training project is funded by the government of Japan under the framework of the project “Enhancing Capacities of The Gambia’s Local and Central Governments to Manage Borders and Contribute to Trade Facilitation, Community and Economic Development.’’

Arai Tatsuo, Ambassador of Japan said his government supported the training with a funding contribution of one million US dollars, adding that the project aims to enhance the capacities of Gambian personnel in managing borders and strengthen border health system as well as to facilitate the economic development through providing building equipment and seminaries.

Mr Tourary explained that the legal requirement is such that every person entering or leaving The Gambia is required to present himself or herself before an Immigration officer at the port of entry or exit to be properly identify, profile and recorded accordingly.