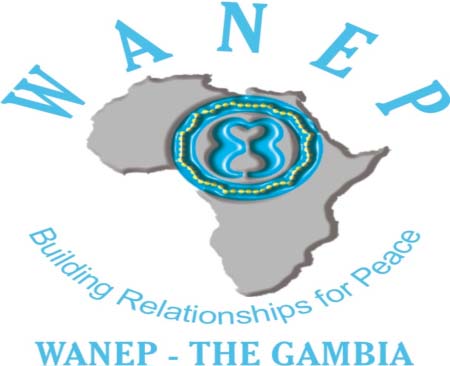 21st September 2016: 2016 International Day of Peace
The West Africa Network for Peace building, WANEP joins the global community to celebrate the 2016 International Day of Peace with the theme: “The Sustainable Development Goals: Building Blocks for Peace.” This year’s theme once again reinforces WANEP’s belief that the Sustainable Development Goals (SDGs) are critical to the achievement of lasting peace and that the attainment of sustainable peace is a collective responsibility. When the SDGs were unanimously adopted in September 2015 by 193 world leaders, UN Secretary-General Ban Ki-moon described it as “our shared vision of humanity and a social contract between the world’s leaders and the people. They are a to-do list for people and planet, and a blueprint for success.”

WANEP believes that the relevance of the World Peace Day lies in a holistic approach and sustained efforts of all relevant stakeholders in achieving sustainable peace. Therefore, in celebrating this day, WANEP appreciates the efforts of ECOWAS Commission and its member states at reducing the number of active conflicts in the region. WANEP takes special note of recent peaceful elections in the region, the efforts at curbing and curtailing violent extremism and the collaboration between the UN system through UNOWAS, African Union and ECOWAS in this regard.

WANEP however calls attention to the remnants of Ebola scourge, violent extremism and religious fundamentalism, the growing impact of agro-pastoral and communal conflicts, piracy and maritime insecurity and how it continues to undermine the economic potentials of the region. We implore ECOWAS and its member states to ensure that programs aimed at rehabilitating victims is instituted including trauma healing, investment to resuscitate Small and Medium Scale businesses in order to improve livelihood.

ECOWAS member states should also consider the institutionalization of long-term strategies aimed at preventing violent extremism and to adopt a more community approach in tackling insecurity in the region.

As Ghana and The Islamic Republic of Gambia go to polls this year, WANEP uses this platform to call on the governments and citizens of the two countries to toe the line of peaceful elections already witnessed in other countries in the region. We implore politicians in these countries to imbibe the values of respect, tolerance and compliance with electoral laws as a panacea for peaceful transition.

In its capacity as the civil society partner to ECOWAS in peace and security particularly in the operationalization of the ECOWAS Early Warning Mechanism (ECOWARN), WANEP reiterates its support for the African Union vision of Silencing the Gun by 2020 and its continued commitment to support AU, ECOWAS and National Governments in its peace efforts.

For further information, please contact the Secretariat on 8805885 or via email info@wanepgambia.org.