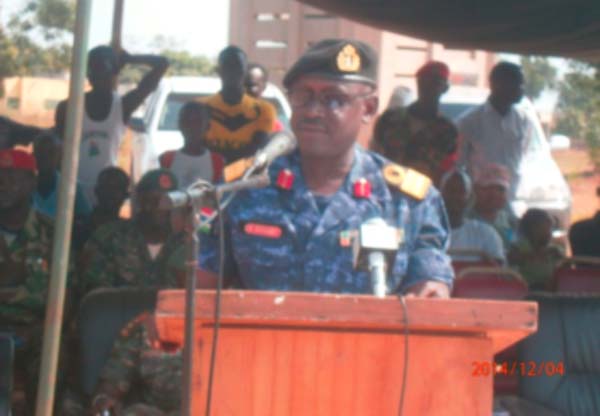 Commodore Kujabi made these remarks on behalf of the Chief of Defense Staff at the closing ceremony of the fourth inter-units annual football competitions held at the Yundum Barracks in the West Coast Region.

The competition also availed the various coaches of GAF Sport Company the opportunity to spot out personnel with talents who could be recruited into the various GAF sports teams.

He urged all teams to maintain their trainings to keep physically fit, which is required of them for the smooth execution of their assigned tasks.

Major Momodou E. Dibba, Camp Commandant, GAF Head Quarters Camp, said the activity does not only make troops fit but also continues to create togetherness in an atmosphere of peace and unity.

He added that the tournament, sponsored by GAF, was in line with the CDS’ training directive and President Jammeh’s vision to have armed forces that represent the nation’s pride.

GAF training school Sports Commander Colonel Kawsu Sanyang descried sports as an integral part of military activities of which troops who would lack the basis in sports are less likely to perform in an operational theater.

He added that physical fitness would contribute positively to the soldiers’ health and performance and spur combat effectiveness. “Agility, power, speed, coordination and strength are essential factors for a soldier’s survival in the battlefield,” he pointed out, adding that participation in sport drives away obesity and overweight, which are threats to us.

He commended companies such as Africell, Eco Bank, Gamcel/Gamtel and No 1 Sports Shop for responding to their request for their positive and invaluable contribution to the realization of the tournament. 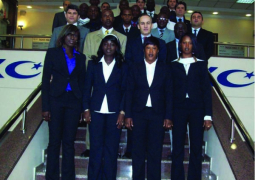 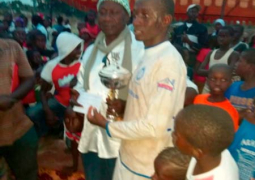