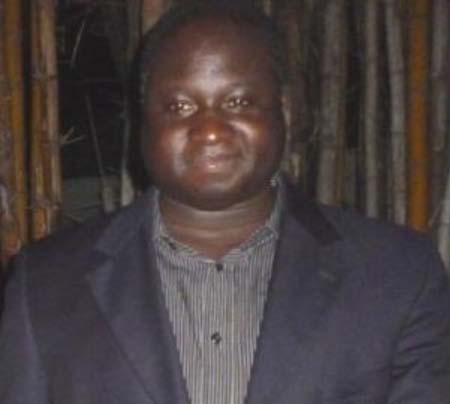 As part of events marking the commemoration of the 20th Anniversary of the 22nd July Revolution, the Gambia Golf Association (GGA) will hold the Gambia Open and Pro-AM golf tournament, in partnership with the Fajara Club at the Fajara Golf Course, from 12 to 15 June 2014.

The sponsors of the tournament, according to the GGA, include: Gambia Tourism Board, Binter Canarias S. A., Lady Njaimeh Jawara, Multi-Trade (Gambia) Ltd., Green Mamba Restaurant, GreenTech Environmental Solutions, and Ebrima Jawara, President of the GGA.

The GGA added that the tournament will be played in accordance with the Rules of Golf as established by The R&A and the Local Rules as approved by the Fajara Club Golf Committee.

In the event of a tie, a sudden death playoff for 1st place will be held immediately following the completion of the final round. This will be held on the 1st hole of the Fajara Golf Course.

The playoff will continue on this same hole until a winner is declared. If weather or daylight halts the playoff at any time (to be determined by the head rules official), the players will be deemed co-champions and share the prize monies accordingly.

The specimen conditions in the Rules of Golf are in effect regarding Conforming Driver Heads, Golf Balls, Time of Starting and Slow Play.

In the event of play being either delayed or declared null and void for any round, additional play will be at the discretion of the head rules official.

GGA arranges publicity before and during the Gambia Open and Pro Am in the print, radio, television broadcasting and the internet.

Each competitor by entering the tournament and by agreeing to these terms and conditions assigns to GGA the right in perpetuity throughout the world to make, use, exhibit and reproduce in any way known or hereafter devised (and to authorize others to do so) for commercial and other purposes from time to time and at their discretion, motion pictures, still pictures, live, taped or filmed television, sound recordings, and any other reproductions of any description of the competitor made during or in connection with the Tournament (including, without limitation, during practice and play) without compensation for the competitor or the heirs, successors, executors, administrators or assignees of the competitor.

Notwithstanding the foregoing grant of rights, the GGA and its assignees and licensees agree that, other than as permitted above, they will not authorize any company contractually associated with GGA to use the competitor’s name, voice, likeness and biographical material 5 in a way which constitutes the endorsement of a product or service, without first requiring such associated company to obtain the competitor’s consent.

Competitors may use a caddy and shall at all times be liable for the actions of their caddies. Competitors shall ensure that their caddies wear clothing of a type appropriate to the Gambia Open and Pro Am.

The Caddy fee is GMD200 per round and is to be paid promptly by the competitor (both professional and amateur) upon completion of his/her round.

All competitors are subject to the provisions of the GGA Anti-Doping Policy.

Competitors are advised to register immediately on arrival at Fajara Golf Course.

Entrants must conform in all respects to the Rules of Amateur Status as approved by The R&A.

The entry form and fee must be received by the Treasurer, Gambia Golf Association or the Treasurer of the Fajara Club Golf Committee not later than 12 pm Wednesday 11 June 2014 and 12 pm Friday 13 June 2014 respectively.

An entry shall be accepted only if the entry form is fully completed and signed by the entrant. Entry fees will be refunded if intimation of withdrawal is received on or before 10 June 2014. After this date, entry fees will only be refunded to unsuccessful entrants who do not compete. A service charge of GMD200 will be deducted from all refunds.

All entries are subject to the approval of the GGA that reserves the right to disqualify any competitor making a false statement on his/her entry form and to accept or refuse or, having accepted, subsequently reject any entry without giving reason for its decision.

Each winner shall own and keep their prize monies and trophies.

The GGA reserves the right to amend these conditions and the decision of the GGA will in all matters, be final.

These terms and conditions shall be governed by and interpreted in accordance with the Laws of The Gambia.

WHAT YOUR ENTRY INCLUDES Water and soft drinks at the golf course for competitors and officials, Entry to GGA Cocktail Draw, Entry to Gala Awards Party following the tournament, Gifts from tournament sponsors, Tournament awards, Free access to the golf course on 10 and 11 June 2014 for practice.

Free for competitors and invited guests.

Tickets available at GMD50.00 per person.

All groups tee off from No 1

All groups tee off from No 1

7 pm to late – The GGA Gambia Open and Pro Am Gala Dinner and awards ceremony at the Fajara Club.

Free for competitors and invited guests.

Tickets available at GMD250.00 per person.

Pro-Am Teams will comprise one professional and one amateur with the Professional members of the team that wins to receive GMD3,000 (USD75.00), the second will receive GMD2,000 (USD50.00) while the Amateurs will receive trophies. 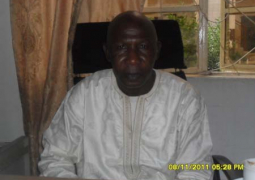