2012 Face of Fashion for Africa in hot competition

A very glamorous show slated for 22 December is undergoing a hot competition.

The Fashion for Africa project last Saturday had another marvelous fashion competition at .

The competition attracted a huge number of participants comprising both gentlemen and excusive ladies all fighting for the next face of fashion for Africa Gambia 2012.

The project of a designer competition, which has its aims and objectives of scouting designers to help them improve their lives and standard of living, has been recognised internationally.

Speaking to Point Entertainment at the previous competition held, Mbenda Mbye, project coordinator, said the project was started in the backed by CEO Anna Njie, who is based in the .

She revealed that they decided to bring Gambian modules, designers and fashions to the international community.

She said the purpose of the project is to nurture and create talents, adding that there are talented people who need extra help to meet the international standard.

Mbenda said that at the end of the competition, the winner will undergo a week training to attend the London Fashion Week who will also stand the chance to be featured in magazines.

Mbye thanked all the sponsors, such as Afriq Cars, Africell, Gamwater, Social Security and Housing Finance Corporation, Gambia Experience and the Hotel Association for their invaluable support. 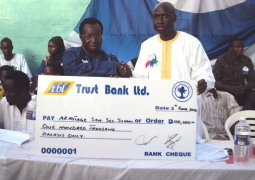 ECONOMYWATCH: What gov’t wants to achieve with ‘Citizens Budget’ 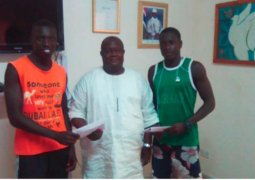