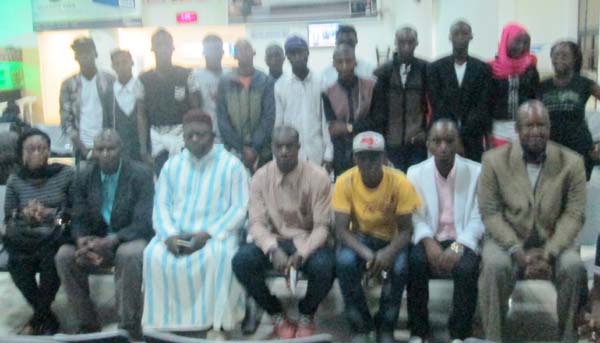 Twenty Gambian students Tuesday left for the Kingdom of Morocco to pursue bachelor’s degree in various academic disciplines after they were awarded the Moroccan government annual scholarship.

The students who took flight early Tuesday morning were seen off at the Banjul International Airport by the minister of Higher Education, Research, Science and Technology, Dr Abubacarr Senghore.

Addressing the students at the airport, Dr Senghore advised them to exercise patriotism, perseverance and show dedication to their studies.

He said the Kingdom of Morocco is a close partner of The Gambia as many successful Gambians have studied there.He also urged the students to show maximum respect to the norms and cultures of the kingdom.

“Respect the tradition and the culture of the people you are going to stay with.Respect and guard the positive image of the government and people of The Gambia,” the minister said.

Minister Senghore further advised the students to be conscious of distracters whom he said hold agenda detrimental to the students’ success.He also urged them to protect the image of The Gambia by being law-abiding and respectful to authority.

Dr Senghore hailed President Yahya Jammeh for the developments in The Gambia’s education sector since 1994.

“From 1994 to date, the President of the Republic of The Gambia Yahya Jammeh has done everything possible to educate Gambians because education is the best gift that we can give to our people,” he said.

“In addition to [the establishment of] the university, we are sending people everywhere. A similar group [to the one going to Morocco] will be going to India very soon; we are expecting to send some other students to Turkey.They are going everywhere within the sub-region and beyond,” Dr Senghore further explained.

According to him, the Gambia education sector “is entirely a non-political sector” as the president has decided to help everybody, to educate everybody regardless of political affiliation.

The three officials are expected to work out a comfortable accommodation for the students.

Muhammed Kaja Bah, on behalf of the students, commended the Gambia leader and his government for the opportunity.

He promised that they will show gratitude by giving back to the Gambian people upon completion of their studies.