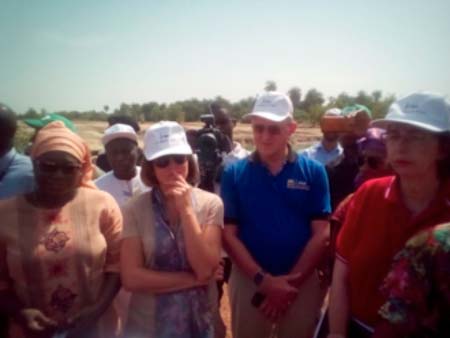 At least two ambassadors from the European Union (EU) under the IFAD were recently in The Gambia to visit Nema project sites across the country.

The EU ambassadors left Senegal by land and were received by the Gambian delegation at the Farafenni border post.

In a media briefing at Nema conference hall last Friday before their arrival, Momodou Gassama, the director of Nema project, stated that The Gambia was expecting a high power delegation of the EU ambassadors.

According to him, this visit was organised by IFAD (International funds for Agricultural Development) – the donors that funded the Nema project. He said that their mission was to visit both the Senegal and The Gambia.

The EU ambassadors first visited Senegal and later came to the Gambia on Tuesday 19th and 20th November 2019.

Upon their arrival in The Gambia, the ambassadors were first driven to Noo Kunda where they met President Adama Barrow who was on a nationwide tour.

The EU delegation also expressed satisfaction at the level of the implementation of the project at community levels, while urging communities to take ownership of the projects.

Gassama expressed profound gratitude and appreciation for this visit, while describing it as a big achievement and pride for the people of The Gambia. 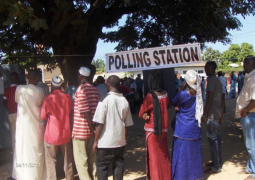 The Gambia our homeland