The batch formed part of the 2011-2012 intakes of the Scout band that under went a six-month intensive training.

Speaking at the graduation ceremony, the chief guest of honour at the ceremony, Major Momodou Dibba, told the graduates that scouting is a voluntary organization with two important places.

“Face one is to become a Scout member and face two is to become a Band member and scouting in The Gambia started long time ago and it goes with loyalty to your country, dedication, hard work and honesty” Major Dibba told graduates.

Dibba, who is also the Band Master of the Gambia national army, said that being a member doesn’t mean one has completed everything, urging members not to relax but should instead keep the ball rolling.

He also thanked the senior Scout masters of The Gambia Scout Band for their dedication and foresight in trying to improve the Scout movement in the country an institution to be proud of.

For his part, Ebrima B.H. Susso, national coordinator of Scout bands in the country, who also doubles as the regional Scout Commander for KM, said Scouting is a voluntary organization that is out to prepare individuals to be meaningful contributors in nation building.

Every year a good number of band members join the Gambia National Army Band or Police Band, he said, adding that today the Gambia Scout Band has become one of the best partner institutions for the armed forces Band or Gambia Police Band.

Since its inception in 1983, The Gambia Scout Band has recruited more than 100 youths across the country, who are now working in various sectors of the country, he said.

Mamudou Wally, drum major of the Scout Band, outlined some of the constraints faced by his band, which include lack of Jazz band, horn band, sax phone, clarinet, side stick, flutes and beagles.

Mr Wally seized the opportunity to call on individuals, NGOs, and groups to come to their aid in their efforts to assemble appropriate scout materials. 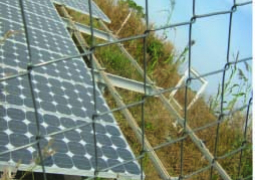