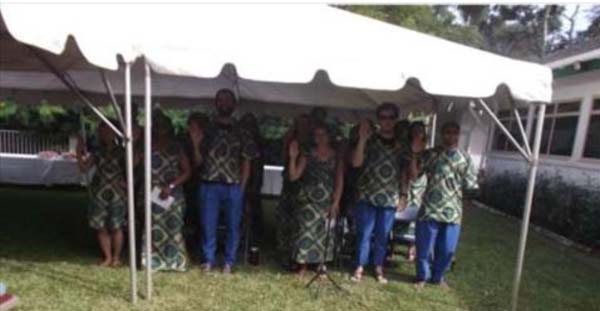 Members of the latest batch of United States Peace Corps (USPC) in The Gambia, numbering 15, are to take their oaths at a swearing-in ceremony today, Wednesday, at the US Ambassador’s residence on 18 Atlantic Road, Fajara

The country director of USPC said the swearing-in ceremony is a significant milestone in a volunteer’s service.

The swearing-in marks the completion of a 10-week pre-service training that prepared the volunteers for life and service in the communities they would be serving.

During the pre-service training, the volunteers were trained on local language communications and in the process had a “deeper understanding” of the rich patterns that make up the Gambian culture.

In addition, they also learned how to take responsibility of their health, safety and security while in the country.

The swearing-in ceremony will be attended by the US Charges d’ Affaires, members of the diplomatic community, Peace Corps staff and current Peace Corps volunteers, international and domestic agencies, and Gambian citizens who played a crucial role in preparing the volunteers for service in The Gambia.

In December 2013, eighteen USPC volunteers were sworn in after they had completed a 10-week pre-service training in The Gambia during which they were oriented on the health, education, agriculture and environment sectors of the country.

The Peace Corps of the 2013 batch have been working on different areas for about two years now in various regions of The Gambia.

AFP/FIFA Training Course on Female Football kicks off in style