One Alhagie Jawo, a second time offender, was recently convicted and sentenced to a mandatory jail term of 12 months with hard labour for the offence of theft by the Kanifing Magistrates’ Court presided over by Magistrate Ngube.

Jawo, who was convicted for the second time for committing similar offences, was also ordered to pay the complainant D12,050  for the total value of the items and physical cash stolen from the shop.

According to the particulars of offence, the convicted person, Alhagie Jawo, on 26th July 2011 at in the , stole from the shop of one Saikou Tamba, an amount of D9,000 and a pair of shoes valued at D350.

Sergean Kinteh stood for the Inspector General of Police. 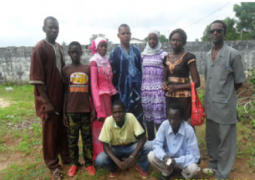