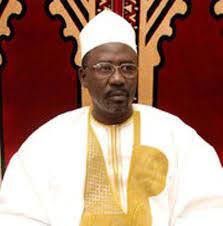 Rope used for hanging clothes with impurities on them may afterwards be used for hanging pure clothes. If a liquid falls on a person and he does not know if it was water or urine, he need not inquire about it. If he does inquire, the one who is asked need not answer him even if he knows that the liquid is impure. In that case, the person need not wash his clothes.

If a person finds something moist on his body or clothes at night, and he does not know what it is, he need not smell it to discover what it might be. It is related that ‘Umar passed by a gutter (and got wet). ‘Umar’s companion asked the owner of the gutter if the water was pure or impure. ‘Umar told the owner not to answer the question, and went on his way. Clothes that have street mud on them need not be washed. Reported Kamyal ibn Ziyad, “I saw ‘Ali wading through the mud, after which he entered the mosque and prayed without washing his legs.”

If a person finishes his prayer and sees some impurities on his clothes or body of which he was not previously aware, or he was aware of them but forgot about them, or he did not forget about them but he was not able to remove them, then his prayer is still valid and he need not repeat it. This opinion is supported by Allah’s statement, “And there is no sin for you in the mistakes you make unintentionally.” (al-Ahzab 5). Many of the companions and those of the following generation gave this legal verdict.

If a person cannot determine what part of his clothes contains the impurity, he should wash the whole garment. This is based on the axiom, “If an obligation cannot be fulfilled except by performing another related act, then that act also becomes obligatory.” If a person mixes his pure clothes with his impure clothes (and gets confused between them), he should investigate the matter and pray once in one of the clothes. This is similar to the question of the exact direction of the qiblah. It does not matter if the proportion of pure clothes was large or small.

This is especially true in the case of defecation, so others cannot hear noxious sounds or smell bad odors. Said Jabir, “We were journeying with the Messenger of Allah, upon whom be peace, and he would only relieve himself when he was out of sight.” (This is related by Ibn Majah.) Abu Dawud records that, “When he wanted to relieve himself, he would go where no one could see him.” He also related, “When the Messenger of Allah, upon whom be peace, went out he would go very far away.

Anas reported that when the Messenger of Allah, upon whom be peace, entered the privy he would say, “In the name of Allah. O Allah! I seek refuge in you from male and female noxious beings (devils).” This is related by “the group.”

One should not talk when going to the bathroom

One should not respond to a greeting or repeat what the caller to prayer is saying. He may speak if there is some necessity (i.e., to guide a blind man who fears he may be harmed). If he sneezes, he should praise Allah to himself and simply move his lips (without making a sound). Ibn ‘Umar related that a man passed by the Prophet, upon whom be peace, and greeted him while he (the Prophet) was urinating. The Prophet did not return his greeting. (This is related by “the group,” except for alBukhari.) Abu Sa’eed reported that he heard the Messenger of Allah, upon whom be peace, say, “Isn’t it true that Allah detests those who converse while they relieve themselves?” This was related by Ahmad, Abu Dawud and Ibn Majah. This hadith seems to support the position that it is forbidden to talk. Many scholars, however, say that it is only disliked, not forbidden.

Abu Hurairah reported that the Messenger of Allah, upon whom be peace, said, “When one of you relieves himself, he should neither face the qiblah nor turn his back on it.” This was related by Ahmad and Muslim. The prohibition implies that it is only disliked. As Ibn ‘Umar related that he once went to Hafsah’s home, where he saw the Messenger of Allah relieving himself while facing Syria with his back to the Ka’bah. This is related by “the group.” Some reconciliate these hadith by saying that in the desert it is forbidden to face or turn one’s back on the Ka’bah, while it is permitted in buildings. Said Marwan alAsghar, “I saw ‘Umar sitting on his she-camel and facing the qiblah while urinating. I said, ‘O father of ‘Abdurahman ... is this not forbidden?’ He said, ‘Certainly not ... This has been prohibited only in open areas. If there is a barricade (or separator) between you and the qiblah, there is nothing wrong with it.” This is related by Abu Dawud, Ibn Khuzaimah and al-Hakim. Its chain is Hassan as Ibn Hajr said in Fath al-Bari.

Qatadah related from ‘Abdullah ibn Sarjas who said, “The Messenger of Allah forbade urination into a hole.” Said Qatadah, “What is disliked about urinating into a hole?” Said he, “It is the residence of the jinn.” This hadith is related by Ahmad, an-Nasa’i, Abu Dawud, al-Hakim and al-Baihaqi. Ibn Khuzaimah and Ibn as-Sakin classified it as Sahih. 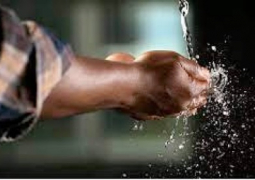 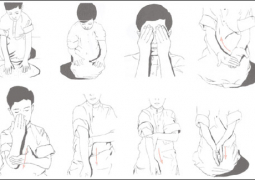