Sickness: Prohibition of Someone with a Contagious Disease Living Among the Healthy

Anyone with a contagious disease may be prohibited from living among healthy people. The Prophet, peace be upon him, said: “A sick person must not be brought among the healthy.

“The Prophet, peace be upon him, prohibited the owner of sick camels from mixing them with the healthy ones of another owner, even though he also stated: “No contagious disease is transmitted without Allah’s permission, nor is there any bad omen.” It is also reported that the Prophet, peace be upon him, accepted the oath of allegiance from a leper from outside Madinah and did not permit him to enter the city.

Prohibition of Entering or Leaving a Plague-Stricken Area

The Messenger of Allah, peace be upon him, forbade people to leave or enter a land where there is a plague, in order to check the spread of the contagious disease and confine it to a limited area. In medical terminology this is known as “quarantine.” Usamah ibn Zaid said: “The Prophet, peace be upon him, remarked in reference to the plague, ‘It is a remnant of the chastisement inflicted upon the Israelites. If a plague breaks out in a place where you are, do not leave that place, and when you hear of its spread in another place, do not go there.” (Narrated by Tirmizhi, who considers it a sound hadith).

Ibn ‘Abbas reports: “’Umar ibn al-Khattab went to Al-Sham (Syria). When he reached Sargh, the army commanders, Abu Obaidah ibn al-Jarrah, and others received him. They informed him that a plague had broken out in Al-Sham.”Ibn Abbas continued, “’Umar assembled the leaders from among the Muhajirin and sought their opinions. They offered conflicting opinions. Some said: ‘We have come for a certain objective, and so we should not turn back from it.’ Others said: ‘With you are others, including some companions of the Messenger of Allah, peace be upon him. We do not believe that you should expose them to this plague.’ ‘Umar said: ‘You may leave. Then he gathered together the Ansar and asked their opinion. They were unanimous in their advice to him. They said: ‘We believe that you should return with the people and you should not expose them to the plague.’ Then ‘Umar addressed the people, announced that he was going back the next morning, and asked them to be prepared to leave in the morning. ‘At this Abu Ubaidah ibn al-Jarrah said: ‘O ‘Umar! Are you running away from the decree of Allah!’ ‘Umar replied: ‘O Abu Ubaidah! I wish someone else had said this. Yes, we do run from the decree of Allah to the decree of Allah. What if you had a herd of camels and you took them to a valley that had two slopes, one green pasturage and the other dry and barren. Would you not be fulfilling the decree of Allah if you let your herd graze on the green pasture rather than keeping them on the dry barren land?’ Just then came Abdurrahman ibn ‘Awf. He had been away on some errand. He said: ‘I have some knowledge concerning this issue. I heard the Messenger of Allah, peace be upon him, say: “If you hear that an epidemic has broken out in a land, do not approach it. If it attacks a land where you live, then do not leave that land in a bid to escape from it”.’ Hearing this ‘Umar praised Allah and then he departed. This is reported by Bukhari.

Etiquette of Visiting the Sick

It is recommended that the visitor pray for the recovery and health of the patient and that he should urge him to endure his trouble patiently. He should say nice words to cheer him up and keep his spirits high. The Prophet, peace be upon him, said: “When you visit a sick person, give him hope for a long life. This will not avert anything, but will please the patient and give him comfort.” When the Prophet, peace be upon him, visited a sick person he used to say to him: “Do not worry! It is a means of cleansing (you) of sins, Allah willing.”

It is preferred to shorten the visits and to make them less frequent as far as possible, lest they should become burdensome for the patient, except when the patient himself desires longer and more frequent visits.

Asking the Sick for a Prayer

Ibn Majah narrates on the authority of Umar that the Messenger of Allah, peace be upon him, said: “When you visit a sick person, ask him to pray for you. Indeed, the prayer of a sick person is like the prayer of angels.” According to the author of Az-Zawa’ id, the chain of narrators of this hadith is broken, yet it is sound and trustworthy, because otherwise it is authentic and narrators are trustworthy.

There are many hadith which encourage the Muslims to seek medical treatment.

Usamah ibn Shuraik narrated: “I came to the Prophet, peace be upon him, and found him with his companions. They were calm and serene as if there were birds over their heads. I greeted them and sat down. Then some Bedouins came from various places. They asked him: ‘O Allah’s Messenger! Should we seek medical treatment for our illnesses?’ He replied: ‘Yes, you should seek medical treatment, because Allah, the Exalted, has let no disease exist without providing for its cure, except for one ailment, namely, old age’.” (Reported by Ahmad and the six sunnan. Tirmizhi considers it a sound hadith.)

Anas ibn Mas’ud reported that the Prophet, peace be upon him, said: “Verily, Allah has not let any malady occur without providing its remedy.

Jabir narrated that the Messenger of Allah, peace be upon him, said: “There is a cure for every disease. Whenever an illness is treated with its right remedy, it will, by Allah’s permission, be cured.” (Muslim)

The majority of scholars hold that the use of wine and other prohibited things as medicine, is unlawful. They base their arguments on the following hadith:

Wa’il ibn Hujr al-Hadrami reported that, “Tariq ibn Suwaid asked the Prophet, peace be upon him, if he could use liquor as medicine. The Prophet replied: ‘It is not a cure, but a disease’.’’ (Muslim, Abu Daw’ud, and Tirmizhi.)

Umm Salamah, the wife of the Prophet, peace be upon him, reports that he once said: “Allah has not placed a cure for your diseases in things that He has forbidden for you.’’ (Reported by Baihaqi; Ibn Hibban considers this hadith to be sound. Bukhari has also related it on the authority of Ibn Mas’ud.)

Abu ad-Darda reported that the Prophet, peace be upon him, said: “Allah has sent down both the malady and its remedy. For every disease He has created a cure. So seek medical treatment, but never with something the use of which Allah has prohibited.’’ (Reported by Abu Daw’ud. Among the natrators of this hadith we find Isma’il ibn ‘Aiyash, who is considered trustworthy by the Syrians, but regarded as a weak narrator by the scholars of Hijaz.)

Abu Hurairah narrated: “The Messenger of Allah, peace be upon him, prohibited the use of a harmful medicine, namely, poison.”(Ahmad, Muslim, Tirmizhi, and Ibn Majah.)

Using a few, unnoticeable drops that cannot induce intoxication, is not prohibited, provided they are a part of a compound medicine. For example, the use of a small amount of pure natural silk in a woven fabric, as explained in al-Manar.< 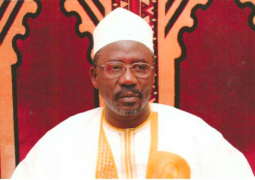 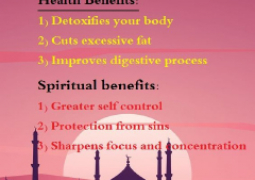 SPECIAL EDITION ON RAMADAN: The Spiritual and Social benefits of Islamic Fasting It grounds man in discipline and Healthy survival.