Aishah says that the Prophet, peace be upon him, loved the short but comprehensive, meaningful supplications, more than others. We give below some of these supplications, which is a must for every believer.

Anas reported that the Prophet, peace be upon him, frequently prayed, “O Allah, give us all the good of this world, and the good of the life hereafter, and save us from the punishment of the fire.”

The Prophet, peace be upon him, visited one of the Muslims who had become as feeble as a chicken, and inquired about his health. Allah’s Messenger, peace be him, asked, “Did you supplicate Allah for anything or beg Him for it?” He replied, “Yes, I asked in these words, ‘O, God punish me in this world with the punishment that You are going to inflict on me in the Hereafter’.” Allah’s Messenger, peace be upon him, remarked, “Hallowed be Allah! You have neither the power nor the forbearance to take upon yourself the burden of Allah’s punishment. Why did you not say this, ‘O Allah, grant us all the good of the world, and all the good of the Hereafter, and save us from the torment of the fire?”’ Then the Prophet, peace be upon him, made this supplication for him and he was all right. (Muslim)

Sa’d ibn Abu Waqqas heard his son praying, “O Allah, I ask You for Paradise and its blessings and its pleasure, and for such-and-such, and such-and-such. I seek refuge in You from Hell, from its chains, from its collars, and from such-and-such, and from such-and-such.” At this Sa’d said, “You have asked Allah for a lot of good, and sought His refuge from a lot of evil. I heard Allah’s Messenger, peace be upon him, saying, ‘There will be people who will exaggerate in supplication. For you it is sufficient to say, “O Allah, I seek from You all the good, whether I know it or I do not know it, and I seek Your refuge from all the evil, whether I know it or I do not know it.’ (Ahmad and Nasa’i)

‘Abdallah ibn ‘Abbas reported that the Prophet, peace be upon him, prayed to Allah, “My Lord, help me and do not turn against me. Grant me victory, and do not grant victory over me. Plan on my behalf and do not plan against me. Guide me, and make the guidance easy for me. Grant me victory over those who act wrongfully toward me. O Allah, make me grateful to You, mindful of You, in awe of You, devoted to your obedience, humble, penitent, and ever turning to You in repentance. My Lord, accept my repentance, wash away my sins, answer my supplication, clearly establish my evidence, guide my heart, make my tongue true, and draw out malice from my breast.

“Zaid ibn Arqam said, “I am not going to say anything except what Allah’s Messenger, may peace be upon him, used to say. He used to supplicate, ‘O Allah, I seek refuge in You from incapacity, from sloth, from cowardice, from miserliness, from old age, and from the torment of the grave. O Allah, grant my soul righteousness, and purify it, for You are the Best Purifier. You are the Protecting friend, and Guardian. O Allah, I seek refuge in You from the knowledge that does not benefit, from a heart that does not fear You, from a soul that is uncontented, and from supplication to which You do not respond.” (Muslim)

The Prophet, peace be upon him, exclaimed to his Companions, “O people, would you like to be serious in your supplications?” They replied, “Yes, O Allah’s Messenger.” He said, “Then ask Him, ‘O Allah, help us in remembering You, in offering thanks to You, and in worshipping You properly’.’ (Al-Hakim) Ahmad reports that the Prophet, peace be upon him, advised: “Recite frequently, “Ya zha al-Jalali w alIkram (O, Possessor of Majesty and sublimity)”’.

The Prophet, peace be upon him, also used to say, “O Controller of the Hearts, make my heart firm in Your faith. The balance is in the hands of the Beneficent, the Exalted, the Mighty, and He honors some and brings others low thereby. (Ahmad)

Ibn ‘Umar reported that the Prophet, peace be upon him, used to supplicate, “O Allah, I seek refuge in You against deprivation of Your bounties, against losing Your security, against the suddenness of Your wrath, and against everything that might cause Your anger.” The Prophet, peace be upon him, used to say, “O Allah, benefit me with what You have taught me, and teach me what is beneficial for me, and increase me in knowledge. Thanks be to Allah under all circumstances, and I seek Allah’s refuge from the plight of the people of the fire.’ (At-Tirmizhi)

The Prophet, peace be upon him, also used to supplicate, “O Allah, I beseech You for guidance, virtuousness, chastity, and detachment from the world.”

‘Abdallah Ibn ‘Umar reported that the Prophet, peace be upon him, seldom left an assembly without using these supplications for his Companions: “O Allah, apportion to us the fear of You that will stand between us and acts of disobedience to You, and the obedience to You that will bring us to Your Paradise, and the certainty sufficient for You to make the calamities of this world easy for us. Grant us enjoyment of our hearing, our sight, and our power as long as You grant us life, and do the same for those who inherit from us. Grant us victory over those who have wronged us and help us against those who are hostile to us. Let no calamity befall our din, do not let worldly affairs become our greatest concern or all that we know about, and do not let those rule over us who do not show us mercy.” (Reported by Tirmizhi, who considers it a sound hadith) 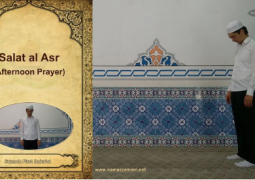 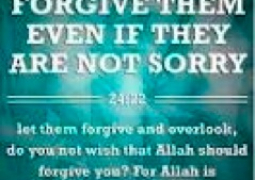 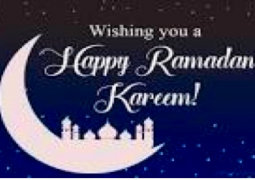