The SJAG AGM that is in fulfilment of the association’s constitutional requirement was meant to inform members of its previous and future activities.

The AGM is a constitutional requirement that members shall meet annually for the executive to report back to them on what it has been doing on their behalf.

Unfortunately, the congress was not held last year as a result of the covid-19 which still exists.

Alieu Ceesay, Secretary General SJAG informed members of activities carried out in 2019 that included the award night and gala meant to celebrate, honour and recognise sports heroes and heroines for their incredible performance in 2018.

He also noted that in 2019, six young Gambian sports journalists were nominated for the International Sports Press Association (AIPS) sports media award, which was held in February 2020 in Budapest, Hungary.

Mr. Ceesay added that during the period under review, the association also developed a website for publication of sports stories by its members, noting that there were also twitter and Instagram handles for the association.

The association’s SG further stated they received covid-19 financial support from The Gambia Football Federation, as a partner of the federation.

“A total of D200, 000 was pledged for SJAG and D100, 000 has already been deposited in our account at GTbank whilst the second installment is yet to be made”, he went on.

Delivering the audited financial statement on behalf of SJAG Treasurer Kaddy Cham, Sally Jeng an executive member said most of the association’s funds is generated from the Sports award event.

She added that a total of D20, 000 was generated from monthly contribution in the said period coupled with membership fees of D5000.

Musa Sise, SJAG president assured members of his executive’s commitment to their welfare.

He reminded members that the leadership will change but the association is here to stay.

“The association could not implement any activity in 2020 including its award night gala due to the pandemic, however, there are plans to organize one this year depending on the pandemic”, he stated.

Mr also said that they plan to organise more training programmes for members.

SJAG is the legally recognised body of all sports journalists in the country. It is an affiliate of the Gambia Press Union and International Sports Press Association.

The Secretary General’s activity and Treasurer’s financial reports were scrutinized and adopted by members. 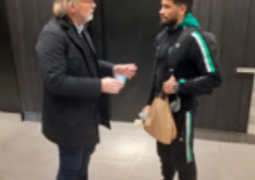 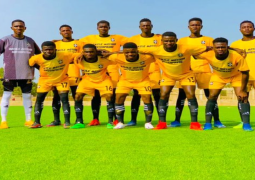 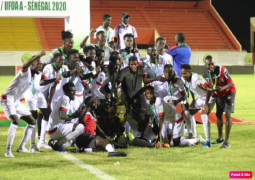