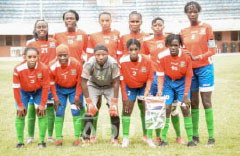 They defeated Abuko United 3-1 in their week-seven fixtures played at the Late Ousman Saho Football Field on Friday.

Maimuna Sarr opened the score line for Abuko United in early minutes of the match after capitalising on Red Scorpion net-minders blunder to tap from an empty net.

Red Scorpion reacted quickly for an equaliser and leveled matters through Kaddy Jatta’s 33rd minute spot kick thus the first half ended 1-all.

Kaddy Bayo netted the second goal for Red Scorpions in the in the 46th minute of the game, while Ola Buwaro hammers home the third goal for the Reds in 74th minute.

Coach Chorro Mbenga’s Red Scorpions are the only ones yet to taste a defeat so far this season. They top the Women Top Flight League with 19 points, registering six wins and draw one, while their nearest challengers, The Gambia Police Forces accumulated 16 points after winning five matches, draw one and lost one.

The Gambia Immigration Department who are yet pick up a win are sitting second from bottom with 3 points, while Brikama United are languishing at the bottom of the table with 1 point. 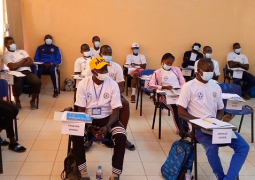 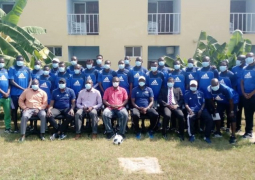 The Gambia Football Federation (GFF) has kicked off the second phase of the Covid-19 capacity building workshop for Goal Keeper Trainers on Monday 2nd November 2020 at the National Training Center in Yundum. 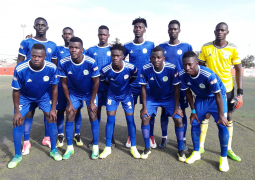