Gambian international striker, Kebba Badjie, has signed his first professional contract with top German side SV Werder Bremen as he is set to remain with the green and white team.

The 21-year-old attacking player who currently plays for Werders U-23 side in the Interrupted Regionalliga (fourth division) extended his contract with the German side. He was the team's most successful goal scorer last season.

“Kebba has developed excellently in the year and a half since he switched. We trust him to take the next step and are pleased that he would like to continue on the path with Werder in the years to come,” explains Frank Baumann.

For his part, Serekunda-born player Kebba Badjie expressed delights after signing his first professional contract with the German side, adding that the contract means a lot to him.

“I am happy to have extended my contract,” says Kebba Badjie. “Signing my first professional contract means a lot to me especially because Bremen has become my second home. I hope that I can repay the trust placed in me with good performances and continue my positive development at SV Werder,” said the 21-year-old.

Kebba Badje made the leap into the regional league team of VfL Oldenburg via the youth of Blumenthaler SV and the U19 Bundesliga with Niendorfer TSV.

In the summer of 2019, Badjie moved to the U23 of the green-whites and was immediately one of the regulars and top performers in Konrad Fünfstück's team. In total, he scored 16 goals and five assists in 32 regional league appearances. 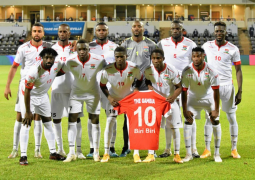 Gambia-Sudan Afcon qualifier game to be played in Thies

The Gambia Football Federation (GFF) has confirmed on a post on its official Facebook page that Gambia’s 2023 Total Energies Africa Cup of Nations home leg qualifier against South Sudan will be played on Saturday 4th June, 2022 at the Stade Lat dior in Thies, Senegal. 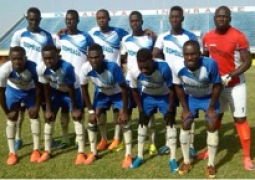 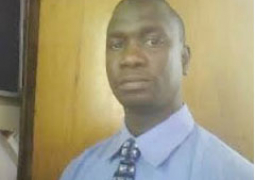 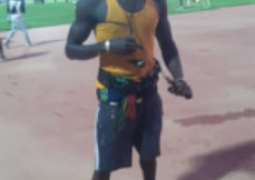 The Gambia Wrestling Association (GWA) has announced the demise of iconic wrestler Serign Njie who goes by his wrestling sobriquet as “Gaindeh”.