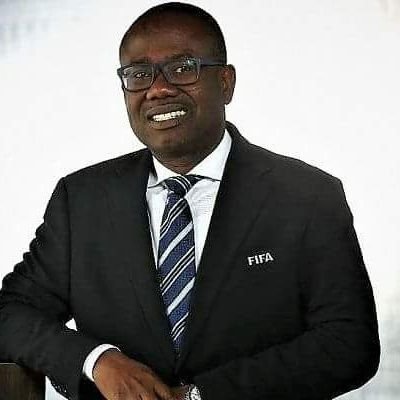 The lighter sentence was announced by the Court of Arbitration for Sport after the Ghanaian banker and lawyer appealed against the FIFA ruling.

Here, AFP Sport rounds up football news from around the continent:

Nyantakyi quit as number two to CAF president Ahmad Ahmad and Ghana Football Association president two years ago after being trapped in a media sting.

He was secretly filmed accepting a $65,000 bribe from journalists posing as businessmen who wanted to invest in Ghanaian football.

The official also agreed to a sponsorship deal created by reporters, which would have seen millions of dollars designed for Ghanaian football deflected to a Nyantakyi company.

"Pitso likes to attack and I like to attack. Pitso likes to keep the ball on the floor and so do I," said Johnson, who has been in charge of four South African Premiership sides.

Mosimane succeed Rene Weiler two weeks ago when the Swiss could not agree terms for a renewal of his contract at the record eight-time African champions.

France-born Saint-Etienne attacker Kevin Monnet-Paguet could make his international debut next month at the age of 32 after being included in a provisional Rwanda squad.

He is eligible to play for the Wasps in back-to-back Africa Cup of Nations qualifiers against Cape Verde because his mother was born in Rwanda.

The former France under-21 international has expressed an interest in playing for the nation ranked 36th in Africa and 132nd in the world.

Wolves winger Adama Traore came off the bench for Spain against Switzerland this weekend in the UEFA Nations League to officially end Malian hopes he would choose to play for them instead.

The Barcelona-born attacker was also eligible to line up with Mali as his parents were born in the west African country.

Mali included Traore in the squad for friendlies against Ghana and Iran, and also France-born Everton midfielder AbdoulayeDoucoure, who has yet to decide where his loyalties lie.

South African giants MamelodiSundowns have signed 13 players in a spending spree before kicking off their 2020/2021 season next Sunday.

Among those moving to the Pretoria club are two consistent scorers, Kermit Erasmus from Cape Town City and Namibian Peter Shalulile from now defunct Highlands Park.

Sundowns completed a Premiership-FA Cup-League Cup treble under coach PitsoMosimane, who has since moved to African and Egyptian powerhouses Al Ahly.

The pay-to-view multi-sports channel is available in every African country, making it the dominant English language sport broadcaster in the continent.

They also hold the rights to the South African Premiership and the Zambian Premier League and previously broadcast matches from Ghana and Kenya.

He spent six relatively successful months with struggling Chippa United last season before leaving after a fall-out with club officials.

TTM will compete in top-flight football for the first time when the 2020/2021 season kicks off this Saturday after buying the franchise of disbanded Bidvest Wits. 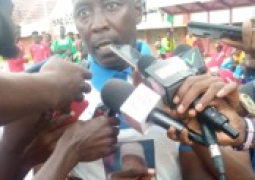 Foday Bah, head coach of Wallidan FC has stated that winning the 2021/2022 FF Cup tournament shows that Wallidan Football Club is back with full force. 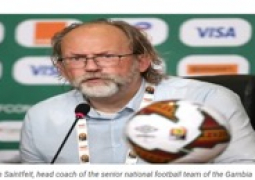 The head coach of the senior national football team of The Gambia, Tom Saintfeit has said they could not change the late arrival of players on camp and the withdrawal of players from the team’s training camp in Dubai over passport and injury issues. 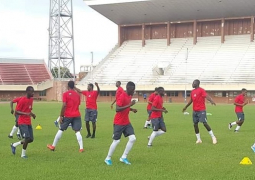 The Gambia senior national team; the Scorpions are set to start training today, Tuesday at the Independence Stadium in Bakau ahead of their crunch 2022 Africa Cup of Nations qualifiers at home to Angola on 25 March 2021, at the same venue at 4 p.m. 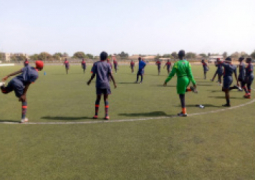