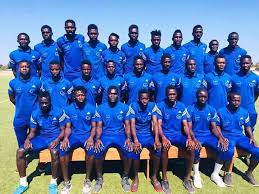 The telecommunication giants under the guidance of former coach Tapha Manneh defeated Horoya FC of Guinea Conakry 3-2 on penalties in the semifinal before losing to the Togolese side Dyato 2-1 in the Sub-regional football tournament final to finish runners-up.

They won two league titles, several FF cup and super crowns since gaining promotion to the country’s divisional league decades ago. They have also represented The Gambia in the CAF champions’ league and confederations cup several times but were eliminated in the preliminaries.

Gamtel has produced one of the best players for the country’s national teams such as Assan Ceesay alias Torres, Musa Camara, Alfusainey Jarju alias Pogba and Alagie Amadou Ngoum.

Work has started at the Gunjur Mini Stadium, according to the information from the Kombo South District sports authorities.

Samger Football Club is well-known for producing exciting players for The Gambia national teams since the inception of the club by former national team footballer Cherno Samba in 2002.