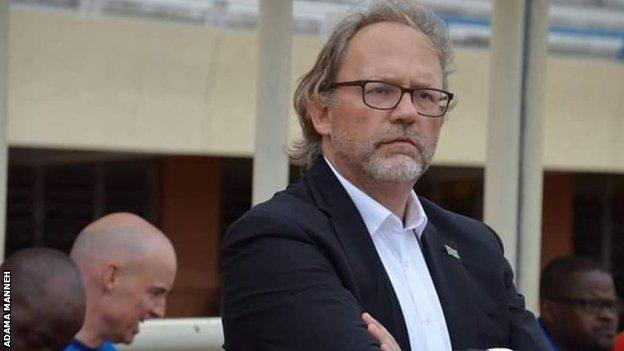 He said missing eleven players mostly due to covid-19 rules is not easy but added that the mission is the same as they are ready for the upcoming double header against the Panthers of Gabon.

Belgian coach Saintfiet made these comments on his social media page after receiving a major blow that some of his main starting eleven players would not make it to the game against Gabon due to injuries and also covid-19 rules.

“Missing 11 players, the majority due to covid-19 rules, is not easy but we will be ready. The Gambia mission is still on, the time to write more history. Proud to be a Scorpion,” said Tom Saintfiet on his social media page.

Among the big misses are his top scorer Assan Ceesay, midfielder Alassana Manneh and Modou Barrow.

The news of the players has forced Gambia’s coach to make few changes in the Scorpions final squad earlier released for Thursday 12 November in Gabon and Monday 16 November game in Banjul.

The final selected squad yesterday arrived in Libreville where they are expected to face Gabon in the Afon qualifiers group D fixture. 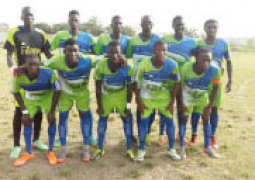 The balloting for the 2021 West Coast Region zonal football tournament was held in Brikama on Sunday. 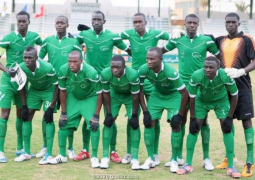 Gamtel on Tuesday defeated Brikama United 2-1 in their week-seven fixture played at the Independence Stadium in Bakau to maintain their Gambia Football Federation (GFF) Division One League title aspirations.