Afrikajom Center undertook an advocacy mission for transparent, democratic, and peaceful elections in Guinea from September 28 to October 2, 2020. During the visit, the mission met all the stakeholders involved in the electoral process, including the President of the Republic, members of the Government, the opposition and the presidential majority, the Constitutional

The presidential election of October 18, 2020 in Guinea will be held in a tense and violent political climate strongly marked by events related to the electoral process proceeding the March 22 double ballot with the referendum which removes the taboo of presidential term limit to two and the organization of legislative elections, boycotted by the opposition and part of civil society.

This pre-electoral dispute is not unrelated to the feeling of fear, mistrust and uncertainty that is

reflected in the discourse of the opposition and of a representative sector of Guinean civil society.

Despite the efforts of the State and ECOWAS to correct certain key issues in the electoral dispute, the suspicion remains persistent and deserves to be dispelled in order to reassure all stakeholders on the desire to organize transparent, democratic and peaceful elections.

The Afrikajom Center delegation, after having met all the actors involved in the electoral process, notes here the points which are subject of consensus and disputes and makes recommendations for a transparent, credible, and peaceful elections.

• The debate on the Constitution: The referendum for the adoption of a Constitution which allows the outgoing President to run for a third term combined with the legislative elections of March 22, 2020, constitute the first element of major pre-electoral dispute, which is not without impact on the climate of tension, fear and mistrust, palpable in the current electoral process. What about the debate on the versions of the Constitution?

• On eligibility: Thirteen (13) candidates submitted their file to the Constitutional Court, only one candidacy was rejected, that of Edouard Zoutoumou Kpogomou of the Democratic Union for Renewal and Progress (UDRP) party for non-compliance with article 42 of the Constitution. AFRIKAJOM Center

• The voter register: Regarding the electoral register, the CENI reassures and ensures that duplicates, minors, and those struck off have been removed from the voter register of October 18, ie 2,438,992 voters withdrawn on the recommendation of ECOWAS experts. This operation, which makes the electoral register now conform to the standards of the sub-region, ie about 43% of the population, constitutes the beginning of a solution, but does not reassure everyone.

• Central site management: The exclusive management of the central site (the electronic and computer center of the voter register and database) by the Administration totally escapes the control of the other actors of the electoral process, in this case the Commissioners of the CENI, opposition and civil society. This creates doubts and suspicions about the transparent management of the site.

• Display of the list of voters after the exceptional revision: The opposition and civil society are calling for the display of the voter list to verify its conformity with the data contained in the electoral roll. This complies with ECOWAS standards and the imperative of transparency in the electoral process.

• An electoral campaign under tension, ethnically divided, dominated by fear: The speech of the presidential campaign reflects a strong ethnic polarization, quite artificial, and which is the result of manipulation of political actors who mobilize on an identity and passion basis and not on social projects. The election campaign began with the dangerous statements of the main protagonists who draw their language from the lexicon of war: "This election is not just an election, it is as if we are at war," Incumbent candidate Alpha Condé told his supporters in Siguiri during a video conference. To which Cellou Dalein DIALLO candidate leader of the opposition replied: "Alpha speaking of these elections is already talking about war ... we have to prepare for it ... if he wants to steal our victory we will fight to win ... and when we win if he tries to steal if he wants war he will get it "

• Border closure: Long before election day, the borders of some neighboring countries of Guinea were closed (Senegal, Guinea-Bissau and Sierra-Leone). These acts, for which no official explanation has been given, are likely to aggravate the climate of tension and fear after the war speeches. AFRIKAJOM Center RECOMMENDATIONS: At the end of this visit, the Afrikajom Center mission expresses its deep concerns about the climate of tension, fear and mistrust that marks the current electoral campaign in Guinea and which is one of the most tense in its political history. However, this situation is not irremediable if real efforts are made to ensure that political actors engage in a sincere dialogue for transparent and peaceful elections. Recommends that the Guinean State act in such a way as to offer the guarantees of a transparent, democratic, and peaceful election by taking the following measures:

• Display the voter list in such a way as to guarantee its full transparency and allow each Guinean citizen to be able to check its with the voter register in order to dispel any controversy, doubt, or suspicion. • Facilitate access to the central site for all stakeholders in the electoral process, in particular, the CENI commissioners and civil society.

• Allow the media to publish the results of the presidential election as they come out of the polls, as is done in some countries in the sub-region.

• Guarantee respect for human rights and conduct serious investigations into cases of human rights violations during political demonstrations. Recommends that the political parties involved in the electoral campaign:

• Refrain from any hate speech and any act likely to sow discord and violence among Guinean citizens. An electoral campaign must be considered as a celebration of democracy and fundamental freedoms, an opportunity to present and debate social projects and visions of the world likely to develop Guinea.

• Political parties and civil society must provide themselves with the means to monitor all phases of the electoral process and fundamentally of the ballots so as to be able to bear witness in good faith and in all objectivity as to whether or not the presidential election is credible and transparent. AFRIKAJOM Center To ECOWAS, the African Union, and the United Nations: The challenges of a transparent, credible, and fair election in the Republic of Guinea are no longer to be demonstrated in a sub-regional context which is increasingly vulnerable with threats to peace and security in the sub-region.

• As mechanisms for regulating peace and security in the sub-region, ECOWAS, the African Union and the United Nations must provide themselves with the means to facilitate the holding of a transparent, democratic and peaceful election, failing to find effective sanctions against electoral coups which today create more violence, instability and damage to peace and security than military coups. 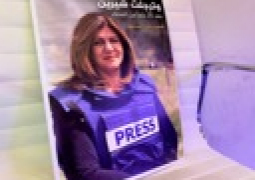