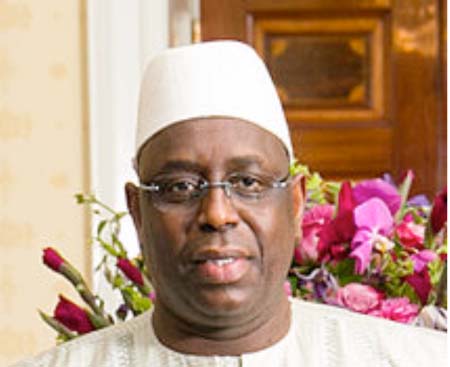 The enemies of politicians are bad decisions and the economy. Most African countries are poor not because of their cultures and geographies but because of poor leadership which harms their economies, people, and which sometimes breeds civil conflicts. A prosperity of a country is not created by political greed but by the immaculate character of leadership. The weight of leadership therefore makes a difference in bringing about prosperity, peace, stability and development to African society.

When we see a successful leader in Africa, one must find out what steps he has taken to be successful. An assessment of the impact of such a leadership on the economy and livelihoods of the people is imperative to our understanding of our African society. The political, social, economic, cultural, government system, etc. are factors which are critical to the flourish of the country. In this context, a look at the Presidency of Macky Sall of Senegal, which is under the radar of historians and external observers.

The leadership character of H.E. Macky Sall is formidable. He developed agreeable character in his Presidency over the years by bringing to Senegal more enlightenment, betterment, freedom, social equality, religious tolerance and international recognition of the country. Under his rule, Senegal has witnessed unprecedented rate of economic growth and development in infrastructure such as roads, bridges, energy, transportation, communication, health and agriculture expansion, cultural harmony, unity and cohesion. These are at the centre of his style of administration. Macky is always looking to maintain the peace and stability of Senegal.

He was equally concerned about regional and international affairs. He made tremendous efforts for Senegal to remain an active player in regional peace, security and for the democratisation process to prevail as the best system of governance. He increased international cooperation and partnerships which brought big dividends to Senegal.

Macky has participated fully in almost all regional meetings at Heads of States level and in all peace talks in countries that experience political crisis and civil unrest. To end the impasse in such countries and for the maintenance of peace and security in the ECOWAS region, Macky opened the doors of Senegal and welcomed exiled and runaway Presidents in the spirit of African unity and solidarity. Politically speaking, Senegal was going to flames after the 2019 elections but Macky with his statesmanship capacity was able to diffuse the tensions and restored civil order. He made bold moves to reconcile with the political opponents and made peace with leaders like Abdoulie Wada.

In the midst of the COVID-19 pandemic, Macky invited all political leaders to the State House and urged them to work together to salvage Senegal from the health crisis. He showed the ability and courage to work for peace and reconciliation of Senegalese society. This is an exemplary leadership style in governance and development. Macky never allows the challenges he comes across in the Presidency to hold him back. He believes in Senegal and therefore, with a positive mind set, works for changes for the better.

During the political impasse in 2016 in The Gambia, Senegal, under the leadership of H.E. Macky Sall, was the first country in Africa to take the matter to the UN Security Council for a resolution of the problem. On that historic day the UN Security Council called for the immediate transfer of power to the elected President. That move by Senegal sparked the international attention on The Gambia. Following the UN decision, the AU, ECOWAS, and other rights organizations pulled strings to end the political impasse in The Gambia. The Gambia and Senegal are inextricably linked by blood, culture, language and religion. This affinity has very much reflected in the existing excellent relations between the two countries.

It has been observed that self-perpetuating rule has become the norm in many parts of Africa. Pundits in Senegal and elsewhere have said that President Macky Sall might also seek a third term in office. However, Macky was very clear on the two-term limit as per Senegalese Constitution. There is no point to expect him to serve for more than the two-term mandate allowed by the Senegalese Constitution, Macky said. When we talk about leadership by example, this is the man of integrity, wisdom, and knowledge, and a role model in the consolidation of democracy in Africa. If there is one African leader to receive the Nobel Prize and the Mo Ibrahim Award for good governance, H.E. Macky Sall of Senegal should be a top candidate. 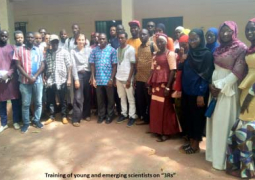