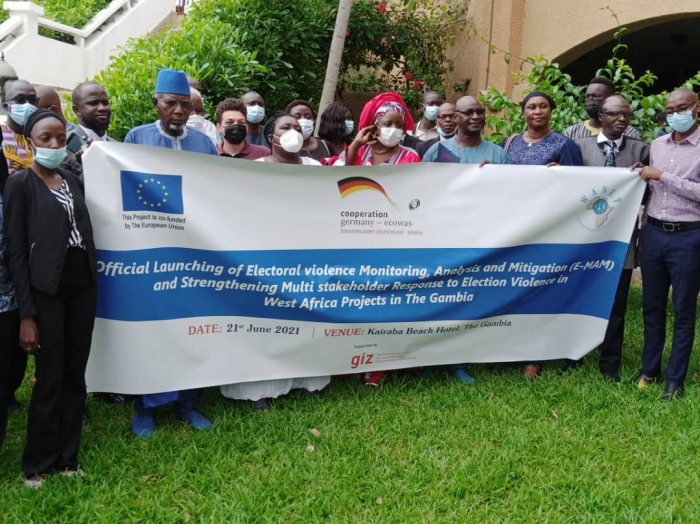 The project is aimed at strengthening multi-stakeholder response to election violence and to support inclusive and sustainable dispute resolution architecture that prevents or mitigates political or election related violence in West Africa.

The launch is part of efforts complementing the implementation of the joint project between WANEP and GlZ dubbed- “Strengthening Multi stakeholder Response to Election Violence in West Africa”.

These include Cote D’Ivore, Guinea, Niger, Burkina Faso, Ghana, Benin, and The Gambia.

Speaking at the launch, Fanta Bojang Samateh Manneh, a representative of the Ministry of Interior, described the launch of the project as timely, as the country faces its general election later this year.

She further affirmed the role of government in upholding the task of delivering fair, inclusive and peaceful elections, adding that the project would further consolidate democracy in the country.

“The objective of the project is to recognise the negative impact of past elections such as violence and political tensions which undermines the peace and stability of our country.”

She emphasized the role of CSOs, political parties and other private institutions towards the prevention and management mechanism on election related violence.

She thus called on partners to work with government in ensuring a trouble free election.

Also speaking, Alieu Momarr Njai, chairman of the Independent Electoral Commission (IEC), said election starts with voting and that one must have a voter ID to be able to vote.

“Therefore, I urge all eligible Gambians to register to vote. The Gambia has the most free and fair elections system in the world.”

Robina Namusisi, country representative of the International Republican Institute (IRI), said they would enhance transparency in elections through grants, by looking into activities that would support the mitigation of the impacts of Covid-19 on the election.

“We do continue to support conversation around the election bill which is before the national assembly and also to provide platforms where necessary.” 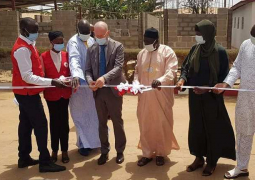 The European Union (EU) Ambassador to The Gambia and head of delegation last Thursday handed over and inaugurated two new ambulances, two pickups, eight motor cycles and 60 bicycles to The Gambia Red Cross Society (GRCS) at its headquarters in Kanifing. 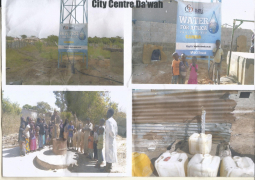 The people of Makumbaya village in Kombo North, West Coast Region have applauded Water for Africa City Centre Dawaa for their magnanimity in supplying the village with quality and safe drinking water. 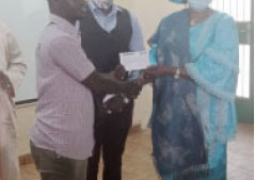 The Ministry of Agriculture on Tuesday through The Small Ruminant Production Enhancement Project (SRPEP) presided over the disbursement of D3.5 million dalasi loan to nine (9) Small Ruminant Farmers across the country. 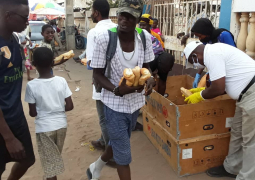 Karmic Angel in partnership with Sir Farimang Singhateh Foundation has continued their free bread distribution to communities in the Kanifing Municipality and West Coast Region.