Japan, WFP give US$ 1.5 M worth of food ration to Gambia

The World Food Programme (WFP) in partnership the Japanese government last Friday extended magnanimity to The Gambia with the presentation of food aid worth about $1.5 million to help the country’s undernourished population. 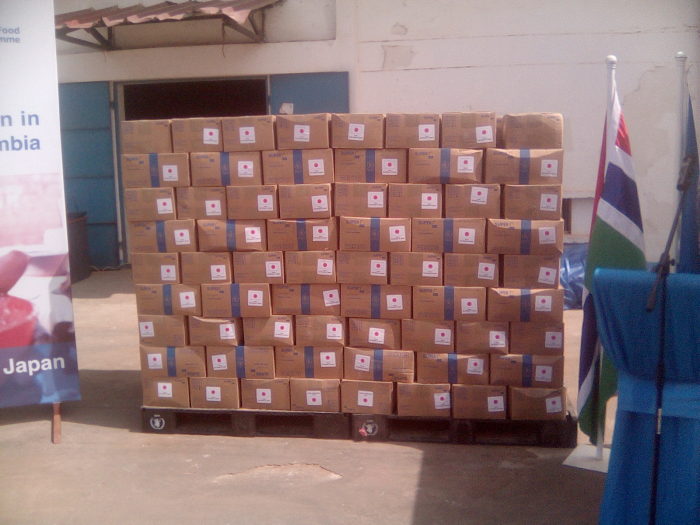 This is part of a project dubbed - “Strengthening Nutrition Support to Vulnerable Malnourished Groups in the Context of COVID-19 in The Gambia’. It is being funded by the Government of Japan within the framework of Japan’s supplementary budget 2020.

The supply will be distributed among rural regions such as North Bank, Central River, Upper River and Lower River Regions. However, Foni districts have been added to the beneficiaries this time around.

The food ration presented through the National Nutrition Agency (NaNA) seeks to prevent malnutrition among children, pregnant and lactating women or girls and mothers living with HIV/AIDS.

In his remarks, Arai Tatsuo, Japanese ambassador to The Gambia commended WFP and the government of The Gambia for implementing this important project, which he said, relates to human security in this critical time of the COVID-19 pandemic.

“The government of Japan allocated $1.5 to The Gambia, through WFP to provide targeted Gambian population with nutrition food.” he said.

This project, he said, contributes to reduction of nutrition-related mortality through the prevention of malnutrition among children, pregnant and lactating women and girls and mothers living with HIV/AIDS.

“The project also provide assistance to achieve the overall objective to improve nutrition and care practices among children 6 to 59 months, pregnant and lactating women or girls in food secure households across the country,” he said.

A healthy diet in sufficient quantity can help the body resist to diseases.”

Presenting the items, Yasuhiro Tsumura, WFP’s Representative in The Gambia said the support came at a critical time when COVID 19 pandemic, seasonal climate shocks including flash floods and windstorms have caused havoc in the country among families’, thereby increasing their food insecurity situation.

“We are grateful for Japan’s generous contribution to our work in the Gambia”.

Receiving the items, Dr. Amat Bah, executive director for the National Nutrition Agency (NaNA), expressed gratitude to government of Japan for their generosity and contributing to the Gambia’s effort in improving nutritional status of its citizenry.

“NaNA has a long-standing fruitful partnership with WFP that span several decades. The Gambia is experiencing the ‘triple burden of malnutrition’ whereby under-nutrition, over-nutrition and micronutrient deficiencies co-exist. Although there has been some improvement in reducing under -nutrition over the years, the prevalence rates are still unacceptably high, while overweight and obesity are slowly on the increase.” he said.

Dr. Bah informed that the government recognises and acknowledges the crucial role nutrition plays in the country’s socio-economic growth and development.

To that end, he said government has established structures, policies and strategies toward improving the nutritional status of its citizenry as it realised that good nutrition enables a society and its people to attain physical development and productivity. 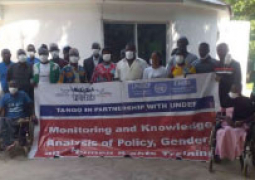 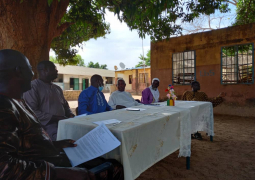 As part of efforts to maintain sanitation and hygiene in schools, the Ministry of Basic and Secondary Education (MoBSE) recently inaugurated toilet facilities at Tujereng Lower Basic School sponsored by the Tujereng Sahel Foundation. 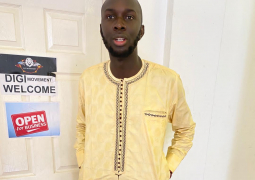