The event attracted 30 security personnel from The Gambia Police Force, Immigration Department, The Gambia Revenue Authority, Gambia Fire and Rescue Services, Drug Law Enforcement Agency amongst others. The event was held on the theme ‘social cohesion for peace building in The Gambia’

Speaking to reporters at the end of the training, Pedro Gomez from Caritas Gambia said the training was designed to build the capacity of the participants in peace building and social cohesion to be able to identify potential cause of violence or conflicts.

The project, he recalled, stated since 2019 where they reached out to a cross-section of the population to talk to them about peace.

Gomez revealed that since the ouster of the former regime, there has been a lot of noise about democracy and people tend to abuse the word democracy.

He described the training as timely especially at a time when Gambians are gearing-up for the general election in a few months.

“Similar trainings were conducted for teachers, students, women groups and journalists and here today are the security services. This is all geared towards contributing our part to a peaceful Gambia. The 30 participants present here are key players in keeping the country peaceful.”

He said that the project is ongoing under Caritas Gambia Office in partnership with Catholic Relief Service, adding that it started in 2019 and will end in 2021.

ASP Lamin Badjie, a police officer, who spoke on behalf of the participants, expressed gratitude to the organisers for the advocacy.

“The training is timely and educative and I’ve learned a lot during these three-days.” 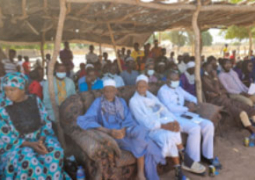 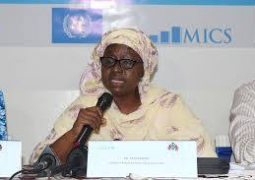 Women, Children and Social Welfare minister Fatou Kinteh says the government of The Gambia has developed a comprehensive national child protection strategy with plan of action that seeks to address the protection of children’s matters in the country. 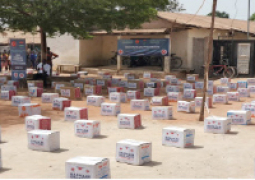