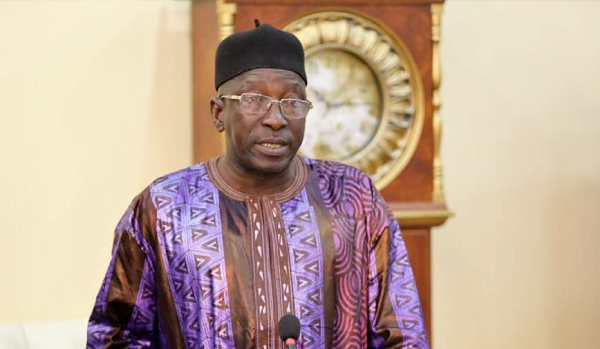 During the ordinary session, the Honorable Minister responded to questions raised by the Deputies.

In response to the question raised by Hon. Muhammed Ndow, National Assembly Member of Banjul Central Constituency on the measures put in place to mitigate, stop the use and possession and trafficking of cannabis in the country , Minister Sonko said that  his Ministry has designed and implemented strategies to address the disturbing surge of cannabis abuse and trafficking which include, supply suppression as well as demand reduction through public sensitization and the formulation of an elaborated National Drug Control Strategy (2019-2023) to overhaul the Drug Control Act. He added that in line with international standards and best practices, there are plans to use non-custodial sentencing measures which includes counselling to be provided to first and second time offenders in cannabis possession cases. Minister Sonko further informed parliamentarians that, his Ministry has upgraded the Drug Demand Reduction Unit of the DLEAG to a Directorate and has implemented robust and accelerated public sensitisation activities which mainly targeted the youth, hence they constitute majority of the victims. He went on to say that series of school outreach activities such as symposiums, drama, debate and quiz were conducted in schools across the country alongside the establishment of Anti -drug clubs in several schools. To cover the entire population of the Gambia, community outreach programs were conducted targeting traditional and opinion leaders, youth and women groups as well as radio sensitisation programs currently ongoing.

Minister Sonko further informed the members of the National Assembly that for the purpose of sub-regional cooperation, DLEAG has signed a memorandum of understanding with their counterparts in Senegal in October 2018 and Guinea Bissau in July 2019 to strengthen sub-regional cooperation in drug interdiction and nurturing interoperability among the law enforcement officers of the three countries.

He added that plans and negotiations are ongoing for the construction of a rehabilitation center to cater for the needs of drug abusers. He said that this will complement efforts already made to reduce the demand, since victims will have access to various support services to facilitate their reform. He therefore, urged the members of the National Assembly to approve the requisite funds for the actualization of this initiative.

Concerning the issue of limiting road accidents which was raised by Hon.Sunkary Badjie of Foni Berefet Constituency, the Minister informed the parliamentarians that significant progress has been registered in limiting road accidents in the country .He added that  his Ministry through the office of the Inspector General of Police is working hard to reduce road traffic accidents through the implementation of effective mechanisms such as the placement of traffic cones to serve as indicators for speed limits at bent junctions and the  increased number of police presence on the main roads to ensure the safety of road users.

He further stated as part of the mitigating strategies of the Ministry, there are ongoing radio and public sensitisation on road safety for drivers, pedestrians and other road users as well as the installation of CCTV cameras at strategic places to record road traffic offences. He added that his Ministry in collaboration with the Ministry of Transport, Works and Infrastructure (MOTWI) had established a National Committee on Road Safety at (MOTWI) with the aim of coordinating road safety initiatives. He assured the parliamentarians that his Ministry will continue to engage with The National Roads Authority (NRA) on the construction of sleeping police, erection of road signs and marking of roads.

Hon. Ousman Sillah of Banjul North Constituency questioned the minister on the aspect of the enforcement of COVID-19 emergency regulation regarding the social distancing in markets and surroundings, the Minister informed the members that his Ministry in collaboration with the councils are engaged in enforcing the opening and closing hours of the commercial shops within the community and markets centers. However, he said that the enforcement was faced with numerous challenges including inadequate resources such as equipment, mobility among other operational logistics towards effective response to COVID-19 regulations.

Minister Sonko, further informed the Assembly that his departments among other institutions collectively participated in enforcing border regulations that constitutes detection, deterrence and apprehension of prohibited migrants as well as perpetrators of transnational organised crimes such as human trafficking and smuggling during intense COVID-19 response exercise.

Highlighting the achievements registered by the Ministry and its line institutions and partners in the fight against COVID-19, Minister Sonko stated that regular joint-border patrols between March to date across the country was really strengthened and constant, as 55 vehicles and 48 motorbikes were impounded, 856 persons were intercepted and 721 of them were refused entry. While 95 people were facilitated for quarantine. He said that traffic offenses administered, prosecuted and fined number to 81 drivers within the KMC and WCR regions as a result of violating Public Transport Emergency Power Regulation. Additionally, he said the Ministry, through the efforts of its line departments registered 46 convicts with a total fine of D438,900.00.

Responding to questions regarding the issue of ID cards production and issuance which was raised by Hon. Halifa Sallah, who is the National Assembly Member of Serekunda, the Minister explained that since the commencement of the registration of the new ID cards on the 1st October 2018, the Ministry has produced about 232,721 biometric ID cards in which 91,327 are female and 141,396 are male. He added that a total of 219 refusals have been registered whilst 4,475 applicants were referred. In the past, he said production and issuance of ID cards was only done at Semlex head office in kanifing, before the opening of the Banjul, Brikama, Soma, Farafenni and Basse branches.

Honorable Minister Sonko further informed Members that since the declaration of the state of public emergency and regulations on social distancing and other measures to fight against the COVID -19 pandemic, ID cards production have ceased for the entire month of April which has decreased the rate of ID cards production. He further stated that the total number of ID cards produced for the year 2020 from January to May excluding April covering the seven production centres such as Banjul, Brikama, Soma, Farafenni, Basse, Kerewan and Kaur was 51,986 ID cards, which constituted an average monthly production of 13,000 ID cards.

Speaking on the progress made on the investigation of cocaine found in a sugar container on the 27th July 2019 which was imported by Laura’s Food Company and supplied to a retailer on direct delivery, the Honorable Minister explained that during the offloading of the bags of sugar, labourers discovered 6 and 20 blocks of suspected cocaine from two bags of sugar. He added that the matter was then reported to DLEAG for further investigation which lead to an additional discovery of 12 and 10 blocks of cocaine in another two bags of sugar, after which all the substance discovered were tested and proved positive and investigation into the matter is completed while the case file is sent to the Attorney General’s chambers for legal opinion.

Explaining the efforts made by the Ministry in bringing Buba Drammeh of Gunjur to justice who shot and killed Buba K. Jammeh in his orchard in Gunjur, the Honorable Minister informed the parliamentarians that Buba Drammeh was arrested on 22nd February, 2020 at Gunjur -Berending, Kombo South District in the West Coast of The Gambia, and was subsequently cautioned, charged and place into police custody. He added that the case was then mentioned at the Brikama Magistrate Court and then transferred to the Brikama High Court and currently Buba Drammeh is remanded at Mile Two Central Prison. 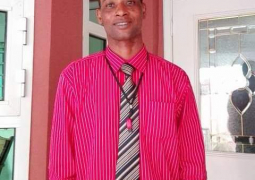 Yusupha Jaiteh, who was charged along with Yakumba Jaiteh with obstruction and assault, on Tuesday continued his testimony before Principal Magistrate Isatou Janneh-Njie of the Kanifing Magistrates’ Court. 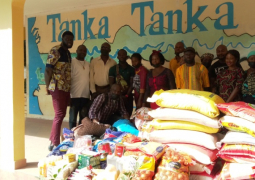