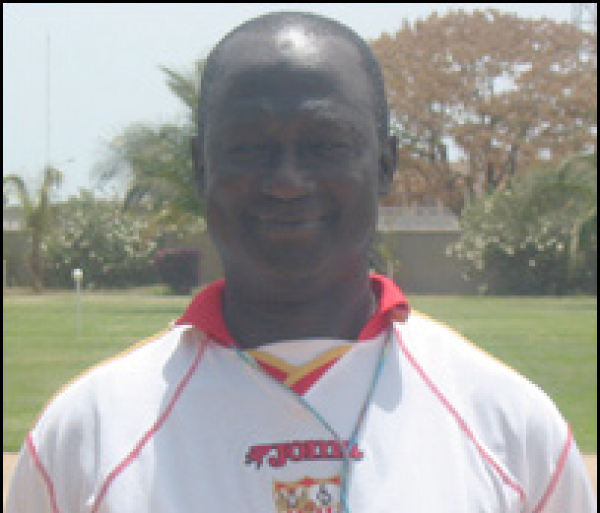 We are gathered here today on a solemn occasion to pay homage to a great son of our land, a legend and icon in the football world.   As death is inevitable, we cannot but celebrate the fulfilling life Alhajie Njie, Biri Biri lived.

I am proud to observe that Biri’s football career, which started at the tender age of fifteen, had developed to a high professional level.  He played against the world’s greatest players, and made his mark on the world stage.  Today, he leaves behind a unique reputation in Africa and Europe, not to mention his motherland, The Gambia.

Because of Biri’s passion for football and his temperament on the field, the official fan club for Seville in Spain named their group and a portion of the club’s stadium Biri’s Notre.

It is amazing that in a popularity contest in Seville, Biri beat the City Mayor as the most popular person in the city. What a feat, and what a great achievement for a Gambian!

Back home, Biri is the only person to suit up with three different generations, having played at the international level in the 1960s, ’70s and ’80s. He pulled the curtain down in 1987 with a generation he prepared for stardom.

In all, Biri played with grace, honour, passion, commitment and unrivalled patriotism. The late Father Joseph Gough once said: “If Biri was born in Europe or Brazil, he would easily have been the Pele of the world.” In his eyes, no one was a better performer than the much admired personality, whose humble beginnings could be traced to the popular grounds in Banjul, known as Park E Marche.

Alhajie Biri’s character as a patriotic Gambian was demonstrated many times during his sporting career, footballing in particular.   He sacrificed for his country, and made every effort to fly the Gambian flag high in the football world.

As we mourn, all Gambians should be proud of Alhaji Njie Biri, and be thankful that he gave to his motherland all he could when he had to. Together, let us pray that the many Gambian football enthusiasts and sponsors who departed this world before him, such as the late Alhaji OB Conateh, of blessed memory, are waiting in Heaven to receive him.

Fittingly, we cannot pay tribute to this football giant of unrivalled status without acknowledging that Biri overcame adversity and defied all odds to rise as a world celebrity, renowned as an enormous African success story and an international icon.

Aside from football, which overshadowed all the other great contributions he made towards the development of his country, Biri also spent some time as a teacher and sports supervisor in various schools, coaching and shaping young talents in various fields of sports.

Personally, as a fan of Wallidan Football Club, I remember Biri as a superstar and a neighbour.  I recall his kindness, friendliness and generosity, and I can visualise him as a shining star in his family, his city and his country.

Biri demonstrated remarkable qualities within his family, and he stood by them. Many knew him for his philanthropy and respect for his family.

I recollect vividly the days when he would buy a bull for his father to sacrifice for the feast of Tobaski which, to this day, is rare in most Gambian families. Biri did this for his family. It demonstrates how tender hearted he was, how grateful and caring he was and how alive he was to his responsibilities.

As a patriot, he stood for The Gambia, and sacrificed his personal earnings to play for his country.  A classical case that comes to mind was when he had to succumb to the wishes of his Gambian supporters by boarding a flight that caused him a lot of discomfort. In his own words, he said, “I had to live with the only clothes I had on for nine days.” He also confessed that he even played to be shown a red card just to return home to play for The Gambia. This was no mean act.

Indeed, Biri was a true patriot, who flew the Gambian flag high. Yet, he exhibited much humility, to the extent of playing “nawetan” matches at the height of his career. Certainly, in Biri were noble qualities for our youth to emulate.

As Biri retired into private life, he had to battle with ill health, but with a strong willpower and determination, he continued to appear in many social events, and provided inspiration to young football lovers.

On behalf of all Gambians and the sporting world, let me avail myself this opportunity to convey our deepest condolences to his family and dear ones. I assure them all that we are together in these moments of grief, and we pray that the Almighty Allah receives his gentle soul most mercifully and admit him to Paradise. We pray also that Allah gives his family and loved ones the strength to bear this loss.

It is unfortunate that Biri did not live long enough to receive our National award.   It would have been our wish to do this while he was still with us, but whatever Allah destines, no one can avert.

In recognition of his selfless service to The Gambia and humanity in general, coupled with his untiring effort in the development of football in the country, Alhajie Momodou Njie, alias Biri Biri, is awarded the insignia of the Grand Commander of the Order of The Republic of The Gambia (GCRG) posthumous. 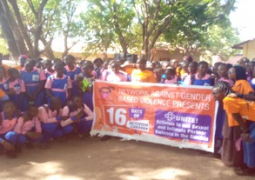 Network Against Gender Based Violence (NGVB) in collaboration with other stakeholders recently concluded a 16-day caravan activism in the country. This year’s theme was: “Unite Activism to End Violence Against Women and Girls.” 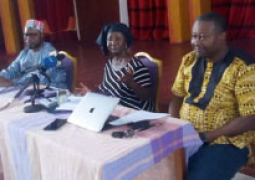 Ebunja Performing Arts Association (EPAA) is on course in implementing the first phase of a two-year project on Rights of the Child in The Gambia from 2021to 2023.

Qatari philanthropists last week donated food items and cash to the community of Jarra Pakalinding in the Lower River Region (LRR) as part of their support to families during the state of public health emergency in The Gambia due to coronavirus pandemic. 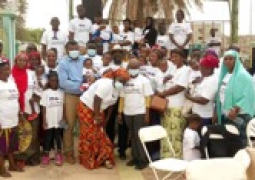