Askia Muhammed Sillah, the initiator of the Kunu Joyeh Street Road in Faji Kunda has provided clarification on the road project which their Ward Councillor and council are taking credit for. 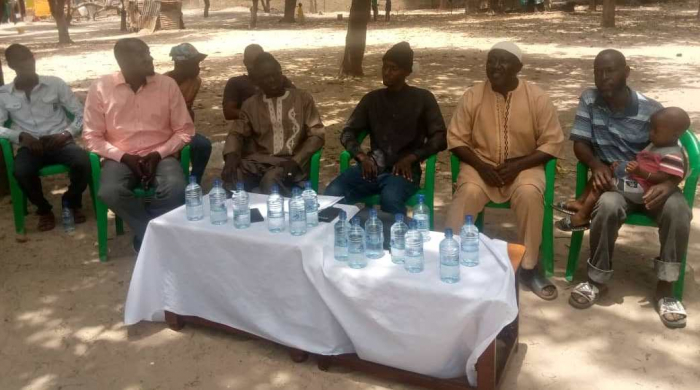 The Kanifing Municipality in a Facebook post in their page is taking credit for the project which according to Sillah and some residents is inaccurate.

Sillah was born in Mandinaring and came to Faji Kunda in 2018. He said after seeing the condition of the residents of the area especially during the raining season. He explained that he first mobilised the youths of the area and then the elders who contributed fourteen thousand five hundred dalasis (D14,500). He said one Alieu Conteh gave him D10,000, the councillor of the area gave him D20,000 and one Amadou Sanneh of Majum Estate Company. He explained that the total donation received from individuals was D54, 500 and the total expenditure from this amount D42,700.

"KMC did not initiate the road project. The initiative is mine with support from the community of Faji Kunda. I want to categorically state that KMC is not behind this project," he said.

He said the National Disaster Management Agency (NDMA) gave them two trucks and an excavator.

He said despite the donations received the project couldn't go on because they faced financial challenges.

"I spent D233,000 from the money I have been saving to purchase a land and build on in order to start a family," he said.

He said so far they have bought 68 trips of gravel for the first phase of the project. He said the National Road Authority (NRA) gave them a grader and a compactor. He added that the Councilor of the area was contacted to help them with water and he responded positively to the call.

This did not go down well with Mr. Sillah and his funders. Sillah said his funders have threatened to withdraw their support to the project.

"I am not a politician and I am not into [active] politics. The project was not brought on any political line. It was brought to develop to help the residents," he said.

Sillah said he has asked the Councilor to either edit the post or delete it, but this has not been done yet. 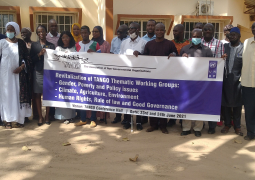 The Association of Non-Governmental Organisations (TANGO) with funding from the United Nations Development Programme (UNDP) on Tuesday began a two-day forum designed to facilitate the revitalisation of the TANGO thematic working groups.

The five-man steering committee and task force for The Gambia Association of Professional Photographers calls professional photographers in the country to an important meeting on Tuesday 17 November 2020. 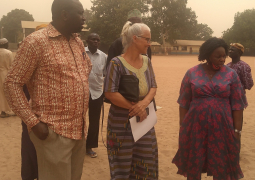 The top officials at the Ministry of Basic and Secondary Education, (MoBSE) on Thursday visited MRC-Holland Foundation ongoing Covid-19 renovation and construction of classroom blocks project sites in regions One and Two.