The Human Rights Advancement, Development and Advocacy Centre, (HURIDAC) in collaboration with Network for Human Rights Journalists has been working and observing The Gambia 2021 Presidential Election Report and published the report of its research and observation today  31 March 2021.

The joint report on the Gambia 2021 Presidential election presents the situational and context analysis of the election. This report took into account The 2021 Gambia electoral context as well as its historical, sociological, political backgrounds to present a holistic perspective. To develop a human rights perspective, the report creates a critical link between elections and the right to vote, the role of the media among other relevant themes.

According to Mr Ayodele Ameen, the Executive Director of HURIDAC, “the significant link between human rights and election cannot be ignored and the importance of rights of the Gambians to vote in sustaining democratic needs critical evaluation which the report achieved.”

The report also explores the role of political stakeholders and its impact on the outcome of the presidential election, not neglecting the level playing ground experience in the Gambia for the first time in its long political history.

Mr Mussa Sheriff, the coordinator of Network Human Rights Journalists (NHRJ), said: “The report deepened the understanding of the Gambia political history, party idiosyncrasies as well as the role of other stakeholders, including the the journalists in the Gambia’s political landscape.”

“The report includes specific recommendations for various stakeholders, including investigating the alleged claims of the opposition party to prevent any future occurrence,” said Musa Sheriff

The report further documents the freeness and fairness of the election in the pre, during and post elections phases with an attempt to document human rights violations and abuses in each phase.

The report objectives include working with states to improve the electoral landscape in The Gambia that protect and promote the human rights of the people. 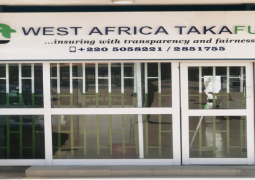 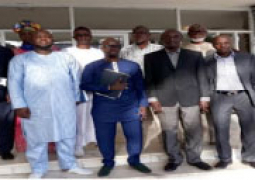 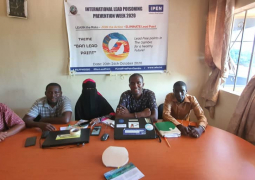