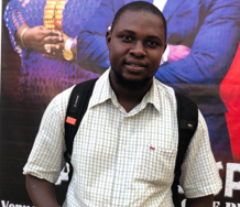 The event held at Alliance Francaise along Kairaba Avenue, attracted high-profile personalities, members of the media, movie and entertainment personalities and other members of the public. The premiere was punctuated with art and drama performances.

The movie titled, ‘Family Dispute’, is a thrilling masterpiece that brings to the fore a once united family, which was disunited and totally ravaged by disputes of one kind or another.

The premiere of this groundbreaking movie, written and directed by a Gambian, Pa Modou Cham also known as ‘Gambian Odumu’, has once again set the country’s movie industry on the spotlight, after being dormant for the past years.

At the event, Pa Modou Cham, director of the movie, described the day as a historic day in the annals of the country’s film and entertainment industry.

“It is with great happiness that I stand here to welcome all of you. As the Director of Gamstars Movie Production, I can say that it was a great run-up to this exciting moment.”

He dwelled on the history of Gamstars Movie Production, saying the Gambia-based production group is aimed at promoting ‘our culture, thereby creating avenue for young people to harness their potentials.

Established in 2012, Gamstars Movie Production is a film production group designed to train and equip Gambian youths with the necessary life and emotional skills to grow and transform into professional actors.

“Our vision is to build confidence and empower young talents and creative Gambians with constructive, critical competencies, innovative life skills, and knowledge for accelerated economic and sustainable development through filmmaking.”

He added; “As we unite together to watch and air our own opinions; make judgments and become part of the story-telling traditions passed down to us through generations now enhanced and embellished with the aid of ever-captivating and improving technology, I wish all of you a wonderful fortnight of great cinema viewing.”

He also thanked the media especially those that have given him the platform to promote the premiere.

He equally paid glowing tribute to one of their casts, late Nasiru Sowe, who passed away last year. “Nasiru was not just an artist; he was a legend and an inspiring figure beyond the arts fraternity. We are gutted and bitterly saddened by the loss of such a titanic and incomparable talent, an outstanding human being with a humble personality.” he added.

All the characters, who were part of the cast in the film includes; Pa Modou Cham, Fanta Kombo, Bintou S Jammeh, Alieu Camara, Haddijatou Grey Johnson, Martha E A Gomez, Fatou Gomez, Modou Joof, were awarded certificates of participation in the movie. 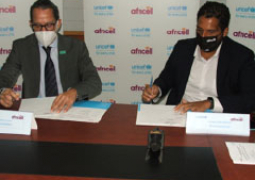 The United Nations Population Fund (UNFPA) recently presented medical supplies and equipment to the Ministry of Health at a handing over ceremony held at Central Medical Stores, Kotu. 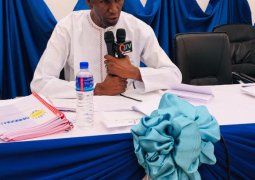 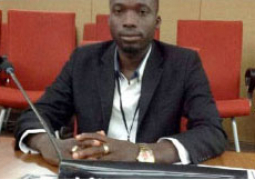 The National Assembly Member for Lower Baddibu has called on the president-elect, Adama Barrow to help in the construction of the feeder road connecting Njawara-Minteh Kunda to the main highway.