The Gambia Car Dealership Association (GCDA) has recently been inaugurated at a ceremony held at Seaview Hotel in Kololi. 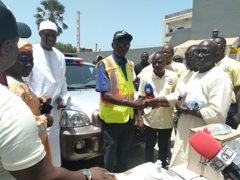 The ceremony was attended by senior government officials and members of the association, among others.

Kutubo Mboob, secretary general for The Gambia Car Dealership Association (GCDA), said the association is made up of all car dealers in the country who aim to have one voice.

He said the initiative is geared towards helping members and government in doing their work. According to him, the association will enable the country have proper and qualified car dealers and therefore called on government to support the association.

“As part of the inauguration, the association donated an ambulance to the Mobile Traffic Unit as well as second hand clothes and other commodities to Tanka Tanka Psychiatric Hospital.

Yankuba Darboe, commissioner general for The Gambia Revenue Authority (GRA), thanked members of the association for coming with such an important initiative and assured them of GRA’s support.

Mr. Darboe said: “It is good that you have something like this. It will now address the problem we used to have either at the border or at the seaport.”

Binta Jallow, deputy mayor at the Kanifing Municipal Council, described the initiative as “very good.” She added that there are a lot of places within the municipality where car are sold and people are complaining about that. “The coming of the association is a good move”. 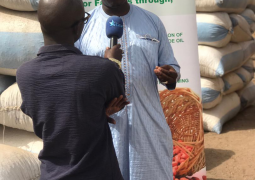 The National Food Security Processing and Marketing Corporation (NFSPMC) formerly Gambia Groundnut Corporation (GGC) in partnership with the Ministries of Agriculture and Finance and Economic Affairs (MOFEA) have embarked on tour to various ‘seccos’ to gain first hand information on the state of the groundnut trade season. 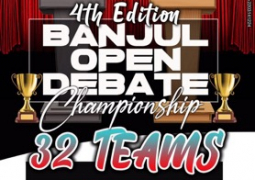 Banjul Open Debate, one the Gambia's biggest debate organisations with an exceptional track record in debate related activities has commenced the 4th edition of the National Debate Championship. 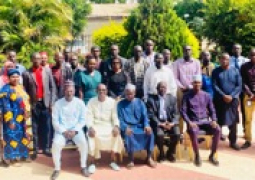 PURA: Less than one-third of households use potable water

Safety managed drinking water sources has been a challenge in the country for many and the current sector legislation in The Gambia adds up to the challenges. 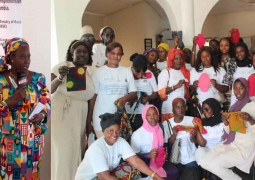 At least 30 young girls and women successfully concluded a three-day training programme organised by the Comprehensive Health Education (CHE) team on how to sew and produce different types of reusable sanitary pads.