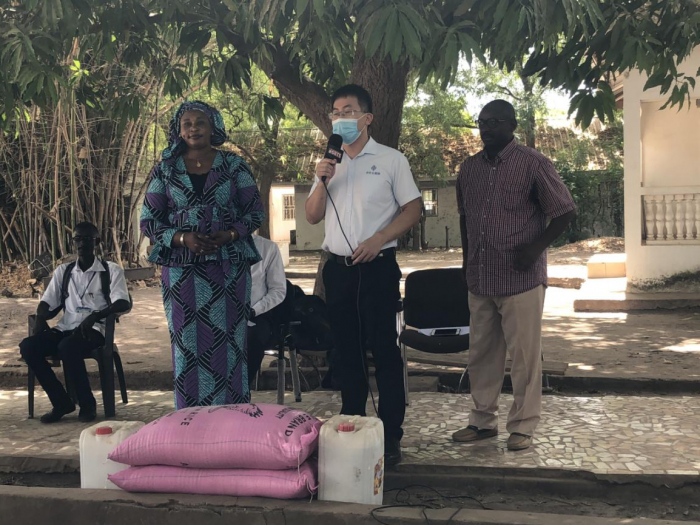 Feng Zhuode, leader of the project management team, said the donation is part of their support to their Muslim friends on the feast of Eid al-Fitr.

"I wish all friends here Eid Mubarak and give our big thanks to the URR Governor and the Alkalolu for their support and help during the implementation of the project. The China Aid Project of Road and Bridges Construction in URR of the Gambia is a project for the Gambian people. We will do all we can within our ability to make contributions, whether it’s about the project or the peoples’ livelihoods. Now is a difficult time in the face of the global COVID-19 pandemic, but the courageous and swift precautionary measures taken by the Gambian Government has tremendously helped contain the virus,” Mr. Zhuode said.

Since the outbreak, he stated that China has been sharing information on COVID-19 in an open, transparent and responsible manner with the World Health Organization and the international community, saying China released the viral gene sequence and other information in the first place, shared the prevention and treatment experience with all parties without reservation, and tried its best to provide support and assistance to countries in need.

According to him, up to now, China has delivered a large amount of medical aid materials to more than 50 African countries and the African Union and has dispatched 5 special medical expert teams. 46 Chinese medical teams stationed in Africa are involved in local anti-epidemic operations.

He said China President Xi Jinping has declared that once domestically developed COVID-19 vaccines are put into use, they will be made public goods for the world to ensure their accessibility and affordability in developing countries as stated by China’s Foreign Ministry that “China will continue to stand in solidarity and render mutual assistance with other countries to jointly overcome the pandemic, safeguard regional and global public health and build a community with a shared future for mankind.

Mustapha Darboe, project engineer from the Ministry of Transport, Works and Infrastructure, described the donation as laudable, adding that it represents the goodwill of the Chinese people. "The Chinese personnel are not only Chinese but also Gambians, because they have been learning Gambian culture and traditions, which is very important, because it helps the integration of this project with the local people.”

Representatives of the Alkalolu, thanked the team for offering support to the 22 villages in the area during Eid.

Fanta Bojang Samateh Manneh, Governor of URR acknowledged that China Aid Road and Bridge Project is a major project in URR, which she said, is supported and welcomed by every Gambian."The Road and Bridge project will benefit the people of URR and the entire Gambia. It also requires active support of the people in URR. The rice and hand sanitizers donation will benefit the villagers along the project." 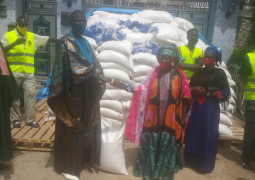 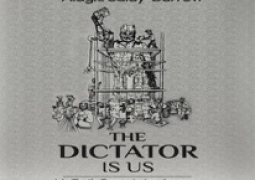 ‘The Dictator is Us’ book launched

“The Dictator is Us”a book by Gambian author and former head of the Truth Reconciliation and Reparation Commission(TRRC) investigation and research unit, AlagieSaidy-Barrow was recently launched at the Ebunjan Theatre in Kanifing. 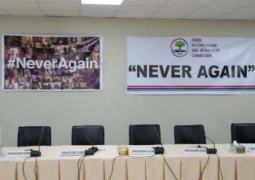