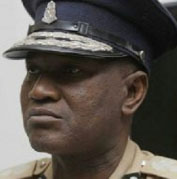 The Gambia Prison Service was notoriously known for carrying out cruel, inhumane and degrading treatment to prisoners and detainees under the watch of David Colley and his ruthless leader Jammeh.

The TRRC report shows that prisoners’ rights were violated by both dictator Jammeh, Prison’s DG Colley and other officers – who subjected prisoners to different kinds of maltreatments.

The commission explained that several prisoners and detainees were beaten and tortured inside and outside the premises of the Mile II Prisons. Witnesses who testified before the commission said that a group of senior officers at the prison, in particular Operations Commander, Ebrima Jammeh (alias Chief Torturer), Yaya Jarju, Muhammed Jabbi and Saikouba Jarju meted out these tortures to prisoners.

Malang Tamba, a prison officer, confessed before the commission that he participated in the torture of at least three prisoners, including Lamin Jah and Soriba Conde.

The TRRC report shows that the inhumane practice at the prisons leaves inmates in chains for years, causing paralysis among some prisoners and sometimes leading to death.

Meanwhile, the Commission further recommends that the housing facilities in Mile II Central Prison are sub-standard, degrading and not fit for human habitation, saying considering the cost and complications of rehabilitating the facilities, the Commission deems it imperative to build new facilities that are suitable for prisoners in a modern democratic society.

The commission further recommends that Jeshwang Prison for young offenders should be geared towards rehabilitating rather than punishing, adding it should be resourced with recreational, educational and counselling facilities.

For Janjanbureh Prisons, the commission said it needs rehabilitation, saying the female prison population is small. Hence, it said a proper cell needs to be provided for the female inmates.

“Long periods of pre-trial detention have been a major problem in all the prisons in the country,” said the truth commission report that was earlier submitted to President Barrow now made public.

“The government should put in place a system that will ensure that pre-trial detainees are tried within a reasonable period of time and in a manner respecting all their rights.”

TRRC further recommends that appointments to all positions in the prison service, in particular leadership positions, should be based on merit and appropriate academic qualifications.

However, the commission found that Jammeh appointed a Director General with no qualifications to be able to control the prison services, who would thus beholden to him and obligated to carry out his illegal orders such tortures, severe beatings, long detention and other sexual tortures of those who opposed or questioned his rule.

“This was a common occurrence at Mile II Central Prison, and sometimes prisoners who were subjected to this treatment died shortly after being released from confinement,” said a witness who testified before the commission. 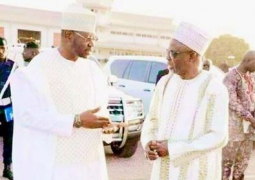