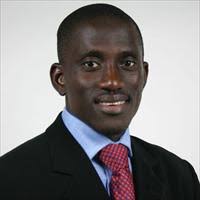 However, he added that it’s completely devoid of substance.

Mr. Sabally, a onetime secretary general and head of the Civil Service is now a fierce supporter of the United Democratic Party (UDP).

In an interview with Fatu Network on Thursday, Sabally said: “And I am using Adama Barrow himself as my reference point when he was being interviewed by Eye African TV prior to the election; and the journalist put it to him that this election is the litmus test for your political career, but he (Barrow) said no, the number of votes are barely 10, 000 votes. ‘So whether I win or lose it cannot be a litmus test for me,’ Sabally quoted Barrow as saying.

He added that this is a surprise victory for NPP despite the millions of dalasis being pumped in.

“Of course when they had this surprise victory because they never expected it inspite of millions of dalasis being pumped in, they have changed the narrative to say that they can win everything.”

“Birom Sowe was not just the candidate for NPP but instead, NPP, NRP, NCP, GAP, PPP, GPDP, plus Isatou Touray and team Bakary Badjie which makes it a coalition of eight entities against an alliance of two entities (UDP and GDC), which was not even a coalition.”

“It is psychological boost for Barrow because he’s going to dismiss all these other players and claim the victory. I feel it for Hamat Bah because his political career is dead but I know that he gave them a necessary boost to win the election in addition to the millions of dalasis and Maimuna Baldeh’s efforts in helping them as well.”

Mr. Sabally said that there are lessons learnt in the election. “I said it in one of the WhatsApp audios that I did, that you can lose but what is important not to lose the lessons. One of the lessons is quite clear that money is a critical factor.”

The point is it is a threat maybe to other parties but not us (UDP). We have the base both at home and abroad to leverage resources. Does Barrow have more money than Yahya Jammeh? Barrow can go and he would go Insha’Allah.”

“I got a call from a mentee of mine who did not speak with me for more than 10 years. He told me that we don’t have anything from our town (Kerr Jarga). So I thought he was calling to pull my legs but he later revealed to me that Barrow played a game in Kerr Jarga Ward by taking the chieftaincy from Kerr Jarga and took it to Kuntaur.”

“Kerr Jarga took their candidate from there and that person told me that they didn’t vote for Barrow but they voted for their sister and he assured me that come 2021, our votes are not going for Barrow.” 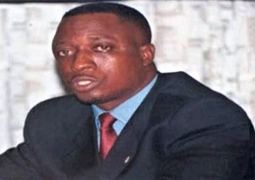 Ex-Minister of Local Government and Lands, Yankuba Touray, has begun his testimony on Tuesday in his murder trial. 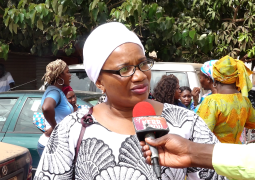