In response to recent allegations and accusations of alleged ‘exploitation and abuse’, Harris Iqbal, Interim CEO of Penny Appeal in a statement released on Thursdaysaid:

“I am deeply pained at the reports about the operations that Penny Appeal supports in The Gambia. These violate our most fundamental values. All of the children we support in The Gambia have now returned to their guardians, and are safe.

Having recently being appointed to lead Penny Appeal, and as a father myself, there is nothing more important to me than our charity having the highest possible standards of care and safety.

We are undertaking serious and substantive action:

We are increasing our capacity in The Gambia, to cooperate with and support investigations, and engage with the Gambian government. We have asked an international agency to undertake this work on our behalf. We are also engaging with the UK Charity Commission.

We are in discussion with the leading children’s charity Barnardo’s to arrange an independent root and branch review of safeguarding arrangements across Penny Appeal. While we prioritize safeguarding across our global programmes, this independent expert review is necessary to strengthen us further.

We are quadrupling the resources we devote to safeguarding globally, and are committed to doing whatever is required to ensure we have the best possible people and practices.

We must uphold the highest standards of care and safety, and do all we can to better the lives of children around the world.”

Penny Appeal was founded in 2009 with its headquarters in Wakefield, England to provide relief services across Africa, Asia and the Middle East by supporting poverty eradication schemes, medical aid, emergency food and mass feedings.

The allegations which recently came to light included “reports of child exploitation and sexual abuse within the Penny Appeal orphanages in the Greater Banjul Areas and West Coast Region of The Gambia” and illegally operating in the country.

For Shila Bagum, a nursing student at the University of Manchester and Volunteer for Penny Appeal, thorough investigations need to be done before pointing all fingers at Penny Appeal.

“A lot of people are saying bad things about Penny Appeal, but I do not believe one should blame a whole charity organisation for such acts, we are thoroughly investigating this matter,” she said.

According to her, no charity organisation would condone such “horrific and immoral acts”.

For her part, Ambreen Chunara, a U.K. based humanitarian and fundraiser for Penny Appeal, said due to the organisation’s well-known status, its name was unfairly used for actions they were neither aware of nor condoned.

“It’s actually not Penny Appeal that is being investigated but a local business in Gambia,” she said, adding that the U.K. charity organisation was merely partnering with these companies to build orphanages in the country.

The U.K. based organisation is one of the fastest growing charities in the faith-led sector, operating in over 30 countries with “a proud track record in transforming lives and empowering communities by helping to break the poverty cycle”.

The Gambia has registered 5 new positive coronavirus cases, taking the total of COVID-19 cases ever confirmed in the country to 3,665. 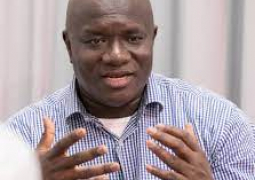 The Westminster Foundation for Democracy country director has said The Gambia needs to do a reversal to build good human rights-friendly laws. 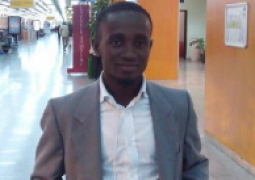 KMC apologise to The Point Reporter

Following the publication on The Point Newspaper’s front page lead story captioned “KMC Municipal Police use taser in arresting petty-traders”, the Kanifing Municipal Council wishes to inform the general public and clarify that the Council has never purchased any taser for its Municipal Police Officers. The Council is taking strong steps to address the issue internally.