The two Nigerian pastors who were allegedly involved in child trafficking have sued The Gambia Government before the High Court.

The two sued the National Agency Against Trafficking in Person (NAATIP), the Inspector General of Police (IGP), the Director General of The Gambia Immigration Department (GID) and the Attorney General (AG).

The Nigerian authorities want The Gambia to send them back to their native country but the two sued the Government seeking court order restraining the Government from extraditing them to the home country.

Pastors Edith Omon Anthony Ibeneme and Andy Emerald were allegedly involved in the transfer of a two month old baby from Nigeria to The Gambia which is contrary to the Nigerian laws.

Lawyer Naffisatou S. Bangura informed the court that they have motion and that she wanted to proceed with it.

Lawyer Chime objected the motion, saying it was an abuse of court process. Lawyer Chime said the motion was not relevant as it intends to delay the case, adding the prayers on the face of the motion are untenable.

Lawyer Chime said there was a subsisting court order that parties should file their brief which has been complied with. He added that what the defendants sought is known by law. He reasoned that the defendants should have applied for a review of the court order or decision as provided for under Order 41 of the Rules of the High Court.

“I am humbly submitting that, in so far as there is no application for a review of the order of the court for the parties to file their briefs, this honourable court lacks the jurisdiction to entertain this application,” Lawyer Mene submitted.

Chime said The Gambia Court of Appeal has held that parties are at liberty to ask for orders of courts but the prayers have to be expressly requested.

“You are asking for a leave when you should ask for review. The court cannot grant the leave sought,” Lawyer Mene said.

“Let them (the defendants) apply for a review if they want the court to embark on such legal expedition,” Lawyer Chime said.

He further argued that the court order was for the briefs to be filed and served which has been done by both parties.

“This motion has been overtaken by events. It is an abuse of court process,” Chime concluded.

Lawyer Bangura said the Order 41 that Chime cited has been adjusted by the High Court Amendment Rules which limits the judge’s power on what to review.

“We are not seeking a review,” the State Lawyer said. She added that “the Counsel has not raised any defects on the face of the motion.”

Lawyer Bangura explained that: “The High Court Amendment Rule makes it clear what the court can review and it is limited to what is provided for in the rule. The court has the power to hear our motion based on the prayers which were properly filed before this honourable court.”

She submitted that the motion, if granted, will give substantial justice to the case. She said the motion has not been overtaken by events and it is not an abuse of court process because the court has the jurisdiction to entertain it. 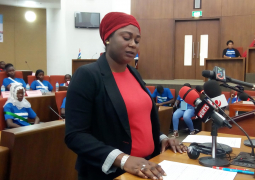 Musukuta Komma- Bah, country director for Child Fund- The Gambia has called on Gambian girls to avoid the culture of silence and speak their minds to ensure the public's respect and understanding of what they go through. 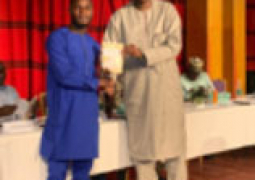