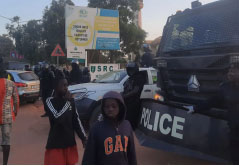 The following reads the full text of Commission’s statement:

The Commission is extremely concerned about the violence which took place yesterday 6th December on Kairaba Avenue, close to the residence of the leader of the United Democratic Party (UDP). According to reports received by the Commission and pictures on social media, some party supporters sustained serious injuries as a result of the intervention of the Police Intervention Unit that was dispatched to disperse the supporters.

NHRC condemns the unfortunate incident involving the use of tear gas and other forms of force and calls on the Police to always exercise maximum restraint in dispersing crowds and managing assemblies. While we recognize the role of the Police and other State security agents in the protection of lives and maintenance of peace and security, the Commission urges them to maintain professionalism and continue the good work they have done throughout the electoral cycle. The Commission reminds them of their obligation to respect and protect the human rights of the people.

NHRC calls on the UDP leader to encourage his party supporters to be law abiding and to conduct themselves in line with the laws of The Gambia. We all have a responsibility to maintain peace and order in the country and abide by the laws which govern us.

We wish to call on all political parties with electoral grievances to follow the laid down laws and seek redress through the courts. The independence of our Judiciary has been established and all political leaders should encourage their supporters to respect the Constitution and other relevant laws.

As a State organ, the Commission will continue to promote and protect the rights of the people, encourage respect for the rule of law and strengthen values and principles of good governance upon which a democratic society is built. 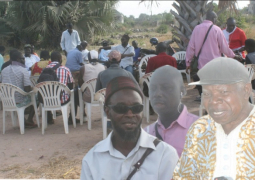