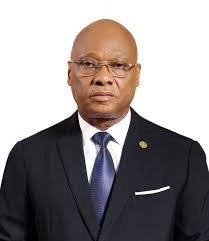 Speaking to the media after a closed door meeting with President Barrow at State House on Tuesday, the ECOWAS Commission president applauded the efforts undertaken by the government to control the disease.

Mr. Brou headed an ECOWAS delegation that made a three day visit to The Gambia as part of consultations with the Gambia on various issues of common interest.

“The impact on the economy also we have discussed and the government has taken action to revive some of the sectors that have been impacted as many countries have been impacted by the Covid-19 in various economies and social sectors in many countries of ECOWAS. So we are very pleased with all the measures that the government has taken, is taking and we are confident that all actions will allow the economy to continue on its growth path which is really good for the Gambia and ECOWAS region.”

The head of delegation said they had discussions on major reforms that are ongoing in The Gambia, especially the draft and the rejected constitution which he described as “very important project.” He said the Commission is aware of the development surrounding the constitution at the National Assembly and the steps taken by the authorities to ensure that process is ongoing.

“ECOWAS is of course very keen in supporting, working and accompanying supporting the authorities because a new constitution that is really supported by the majority of The Gambia will be a very important basis to support cultural, social, political and economic and human development.”

He reiterated ECOWAS commitment in supporting the government’s efforts to continue with the process.

“Of course our forces the ECOMIG, have been here for three years and we were pleased to hear from the authorities that ECOMIG has done a good job. The objective was to help the country with maintaining peace and stability and also helping the security reform by training and supporting the forces of The Gambia.”

He also expressed his delight over the extension of the forces by the ECOWAS Heads of State in September during the meeting in Niamey Niger.

He spoke about the possibility of ECOMIG helping to transform the forces of the country, a discussion he claimed is ongoing.

He said the bloc is following developments at the TRRC and they are willing to support the authorities in the process. 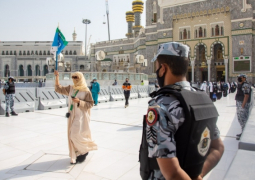 No official instructions so far regarding Hajj, says ministry