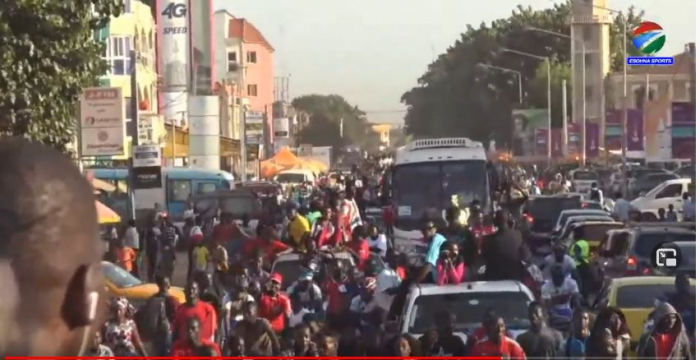 The Gambia young Scorpions side defeated the host nation Senegal 4-3 on post-match penalty shootout following a 2-2 draw in regulation time.

Habibou Mendy opened the scoring for the Young Scorpions early in the 4th minute after a wonderful assist from Alieu Barry. Senegal’s John Loppy equalised on the 42nd minute to settle for a draw at half time.

The Young Scorpions who used the game as revenge after their disappointing opener in the hands of Senegal, went into in a dominant display and composure coming from the locker room albeit much pressure from the hosts.

Play maker and fans favourite Kajally Drammeh put up a nimble footed run through past two defenders to release a long range shot 12 minutes after the restart to put Gambia back in front.

The Gambia eventually lost possession and Senegal then capitalised on a weak Gambia defence for forward Libasse Gueye to hit the back of the net and equal the scores 2-2.

The proceedings continued but not much difference was made in the ding- dong battle after extra-time forcing the game into a post-match penalty shootout.

Young Scorpions goalkeeper Lamin Saidy was the saviour of the night during the final on Sunday making hair saving interventions. He pulled off two brilliant saves in the shootout to give the Scorpions a 4-3 win over the host.

Meanwhile, the Scorpions side started the tournament very slowly as they were heavily beaten 5-1 by Senegal in their opening game but later defeated Guinea 2-1 to book their place in the final.

The U-20 tournament win is the second in three years for the Young Scorpions after their 2018 silverware in Liberia where they became Champions and 2019 in Guinea as Semifinalists.

At the Final on Sunday, Gambia Coach Mattar Mboge received the Best Coach of the Tournament award.
As champions, The Gambia earns qualification to the Africa U20 tournament in Mauritania 2021 and would be joined by other winners in the region. 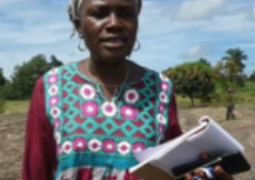 The United Nations Industrial Development Organisation (UNIDO) has launched the official video of its components under the West Africa Competitiveness Programme (WACOMP) on Tuesday 21st December 2021. 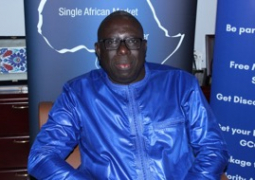 We promise stronger partnership with Gov’t, businesses in 2023

The president of the Gambia Chamber of Commerce and Industry (GCCI) has promised to maintain stronger partnership with government and businesses in The Gambia to register more growth and development in the public and private sector and the national economy. 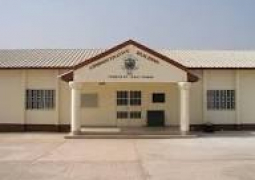 The Village Development Committee (VDC) of Sifoe and the School Management Committee (SMC) have expressed anger over the administrative affairs of the village’s Upper and Senior Secondary School with claims that they are not involved in the welfare of the institution.