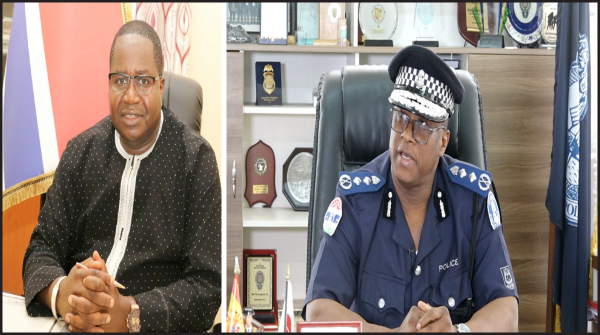 The Spokesperson of the Government of the Gambia, Ebrima Sankareh confirmed the report to West Coast Radio on Tuesday, claiming there was no act of arson referencing the police report.

In December 2019, the Fisheries Ministry was gutted by a fire outbreak that burnt the entire building to the ground leading to the loss of important documents.

The ministry is currently facing numerous accusations including corruption from sections of the public.

It is alleged that key among the burnt documents during the outbreak included contracts between the government and the European Union on fishing and a host of other important documents, which according to some might have proven the alleged corrupt practices that took place at the ministry.

In fact it is alleged that the fire outbreak was premeditated to destroy possible evidence at the said ministry.

However, the police investigations have proven otherwise blaming electrification for the disaster.

“The conclusion is that it was not foul play that it was as a consequence of may be massive electrical surge. So electricity actually is blamed based on my conversation with the IGP last night,” the government spokesperson said.

He emphasised: “So the fisheries fire accident actually was as a consequence of electrical surge.”

Sankareh though did not go into details of the full report, failed to inform the public how exactly the fire incident caused by electrical surge occurred.

He said investigations into the corrupt allegation involving the permanent secretary Dr. Bamba Banja are completed.

Sankareh said: “About the permanent secretary, last week I told you that his file has also transitioned and was being analysed.”

“The legal opinion has been rendered, it is now on the table of the Attorney General and he told me yesterday that before Friday he would have made a final decision on the opinions that have been provided on investigations surrounding the circumstances of the corruption allegations of Dr. Bamba Banja.”