The Gambia has a police station and security checkpoint at Darsilami village for safekeeping the country by monitoring the movements of people in and out especially in the midst of covid-19. However, since government closed the borders as part of covid-19 restrictions, many keep on travelling through porous borders in the Kombo Central village.

“People do by-passing the Darsilami checkpoint and travel through different porous borders from Cassamas and to The Gambia,” Abou Taal, resident of Darsilami told this reporter on Tuesday June 16.

He revealed that the cross border commuters often use different porous borders in Darsilami to get into The Gambia and to Cassamance, Southern Senegal. He described this cross border movement as unsafe.

Speaking further, he said commuters have been travelling through using motorbikes and commercial vehicles since the border closure, adding “yet people continue travelling across the Kombo Central community.”

“Even, if you go to Brikama Car Park, some people will ask you whether you are going to Cassamance,” he disclosed.

However, the Darsilami resident said he once saw a military officer mount around Dimbaya village monitoring the irregular migrants, adding “In fact, I told him (military officer) that, he missed the point that travelers use to travel.”

Taal said the commuters know the route very well; therefore, he said is difficult to get them.

The Gambia is surrounded by Senegal from all directions except the west to the Atlantic ocean.

On Tuesday, Gambia’s Health Ministry confirmed four new Covid-19 cases that were imported from neighbouring Senegal. It further stated that the individuals were quarantined following their entry into the country.

The Gambia now has nine active cases, 24 recoveries and one death since the first case was confirmed in March.

The African Union Commission chief has voiced his shock at the "violent and degrading" treatment of African migrants trying to cross from Morocco into Spanish territory after 23 people died, and has called for an investigation into the incident. 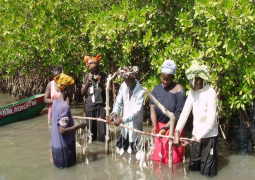 Harvesting oysters has become an economic benefit for women in The Gambia. Not only have female farmers been able to improve their economic condition, but they are also contributing lot towards boosting the country’s economy. 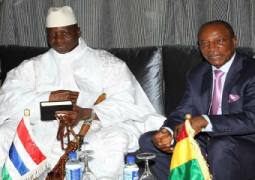 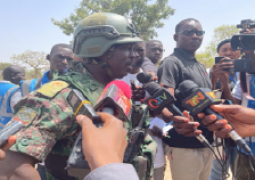