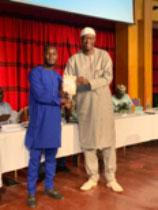 While returning gratitude at a launching ceremony on Friday at the Ebunjan Theater in Kanifing, CG Darboe hailed the author for the recognition of the efforts of GRA in revenue generation.

CG Darboe challenged young people to adopt the culture of reading, innovation and creativity and respect for time that would greatly help in improving one’s career.

He pledged to buy two hundred copies for his former school, Gambia Senior Secondary and GRA.

Commissioner General Darboe made this pledge while delivering his words of wisdom at the launching.

Further speaking as chief guest of honour, Commissioner General GRA Yankuba Darboe spoke on the significance of the occasion, saying the book’s dedication to the GRA is in recognition of the pivotal role GRA plays in mobilising the needed revenue for national development.

CG Darboe on behalf of the GRA, thanked the author for dedicating the book to the GRA, saying “perhaps this is a good starting point.”

He said this is important because it would give GRA the opportunity to appreciate why the author ventured into writing a book on literacy and reading and why “I personally believe that there could not have been a more qualified person to write such an award-winning book.”

Darboe commended the author for his vision and efforts to document what he considered a very comprehensive account of the operations of the apex regulatory weakness of the Gambian literacy society. That, he said, is particularly an important development as the book would surely fill the current gap in public understanding of the role of parents in contributing to the literacy market in the Gambian economy.

The GRA boss stated that as African writers continue to grow as a major provider of investible funds for national recognition, “the need for public enlightenment on the value of books becomes very important and this momentum must be continued.”

According to CG Darboe, against the background of the phenomenal growth of Gambian literature, there is a very urgent need to develop the capabilities and ethical standards of practitioners in the market in order to meet international standards.

CG Darboe commended the author for the initiative, and also seized the opportunity to recommend ‘Don’t Judge the Book by the Cover’ for general readership especially to the students and teachers of literature.

According to CG Darboe, writing a book requires strength and patience to sit for long hours to put down one’s thoughts in the proper sequence. “Your   diction must be good, and you have to make substantial sacrifices and perhaps have sleepless nights in order to come out with something meaningful.”

“Last but not the least; you must have the capacity to tolerate criticisms.” 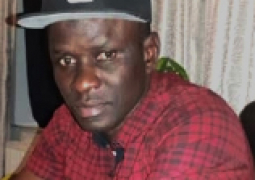 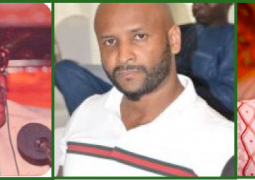 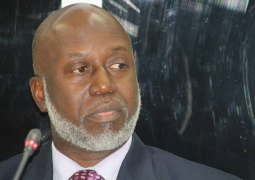