As nominations for the December 4th Presidential elections reaches its climax and the beginning of campaign in subsequent days, we kindly call on political leaders and influencers both at home and abroad to avoid tendencies that can jeopardizes the peace and stability in our beloved country The Gambia. 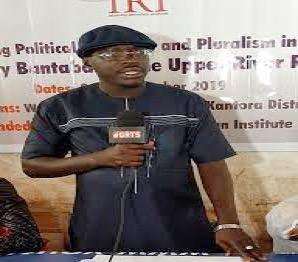 We must be cognizant of the fact that The Gambia will be the eventual loser if politicians plunge the country into chaos and a state of pandemonium.

Our beloved nation is known for its long standing peace, tolerance, diversity and tranquility thus the name The Smiling Coast of Africa. It is our collective responsibility to jealously maintain the peace and security of our motherland, The Gambia.

We urge all candidates and their militants to focus their attention on their manifestoes.

Meanwhile, our attention has been drawn to the recent statement made by former President, Yahya Jammeh, during his virtual appearance on a GDC rally at Buffer Zone, Tallinding on the 2nd November 2021where he launched a verbal attack on the United Democratic Party (UDP) and the Mandinka ethnic group in what is equivalent to a hate speech.

The hate speech spread by the former President is a threat to our national peace and security and must therefore be view as such.

The insensitive and demeaning statement is made at a time when the country is polarized on tribal sentiments and a tense political climate.

Sadly, the derogatory remarks from Yahya Jammeh came at a time when Beakanyang and partners are very much involved in community sensitization to combat hate speech.

We condemn in the strongest term possible the hate speech by Jammeh and urge him to desist from undermining the country’s peace and stability.

In this regard, we ask that, Jammeh unreservedly withdraw his hateful statement and apologize sincerely to the Gambian people and the UDP and the Mandinka ethnic group to be specific..

Hate speech divides, demeans and incites people against each other. Incitement is dangerous as it deliberately aims at triggering discrimination and violence.

In Rwanda, more than one million people were systematically killed due to incitements spurred by hate speech.

We wish to advise the government and all political parties to deny Jammeh a platform to sow seeds of discomfort and hate.

Finally, we reiterate our call on all Gambians not to hate each other in the name of politics instead accept political diversity and tolerance as a tool to strengthen our young democracy. 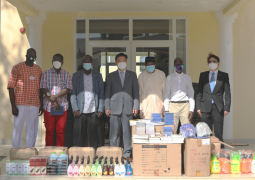