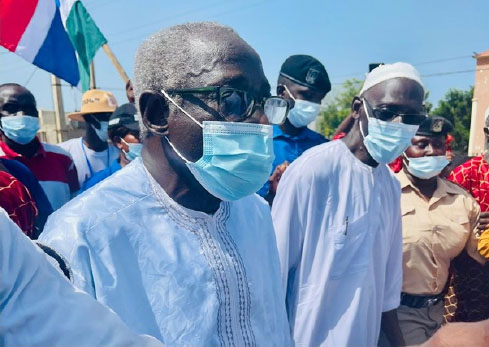 Hon. Sallah, who presented his nomination credentials to the Independent Electoral Commission (IEC), on Wednesday, said:

“Precisely, we are here today, because we did not march to the citadel of power weeding in a pool of blood. We are now here to seek your mandate in order to reach there,” he said. Seventy-two percent of the population is young people. This is my last attempt. I am going to be leaving you here. I have done my part. At the age of 16 and a half, I made a commitment that all my life I would live to eradicate the poverty of my people, not only the Gambian people but the whole African people.”

“The question is what are we going to do with 2021? That is why we are talking about system change. Go to your villages, no electricity, no water supply, women with callous hands producing vegetables and cannot find markets for them. They live in poverty, grow in poverty, age in poverty and die in poverty. That is what we wish to end.”

“How? By 23 billion, which is your budget this coming year,” he answered.

“In 1994 there was a coup d’état. We were invited to become ministers. We could have gone there, but that is not the way. So for us, we are waiting for you. You are the way. Entrust us with power and we will deliver what you want,” Hon. Sillah pleaded.

The points he emphasised were agriculture, skill acquisition, and above all, the eradication of poverty.

Sheik Tijan Hydara, the presidential aspirant of the recently formed Gambia Alliance for National Unity (GANU), has confirmed to the press that there is no marriage between APRC and his party, GANU. This remark was made at the Election House after he was quizzed by the media as to whether there is an alliance as it was proposed by exiled ex-president Jammeh.

The Gambia Action Party (GAP) candidate, Alieu Sow, after tendering his nomination papers, criticised the foreign policy of The Gambia, citing ineffectiveness and ineptitude in promoting national interest in the country’s relations and dealings with bilateral partners.

“Gambia, we are a sovereign state. We have the right to be free without foreign interference, and that is not part of even the UN charter. But it is only happening in The Gambia and people are turning blind eye to it.”

Mr. Alieu Sow also stated in a stern tone that if GAP emerged winner of the upcoming election, they would give foreign troops 72 hours to leave the country.

“We have not achieved the change that we voted for,’ said Tamsir M. Jassey, an independent candidate, who also filed his nomination documents with IEC.

He said that The Gambia has not achieved the change that “we had opted for by voting ex-president Jammeh out of State house.”

He posited that this change could only be achieved if the laws in our law books are implemented to fight corruption and misconduct, which he said has been hindering this change. 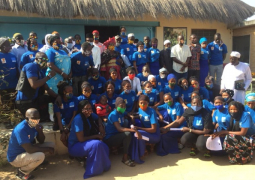 Mbolo Association, a non profit organisation based at Tujereng on Tuesday convened a two-day capacity building for young women designed to empower them with requisite skills as electrical installation, solar installation, welding, journalism and petty trading among others.

Effective Thursday, 15 October 2020, His Excellency President Adama Barrow is pleased to declare public places such as hotels, motels, lodges, bars, restaurants, video clubs, museums, public swimming pools and gymnasia throughout The Gambia, open, a dispatch from the Office of the Government Spokesperson states.

From time immemorial, local griots also known in Mandinka parlance as ‘Jali’ have not only served as praise singers, but custodians of oral history. They belong to an important hierarchy in Mandinka social groupings just like smiths, metal workers and leather workers also known as‘Karanke’.