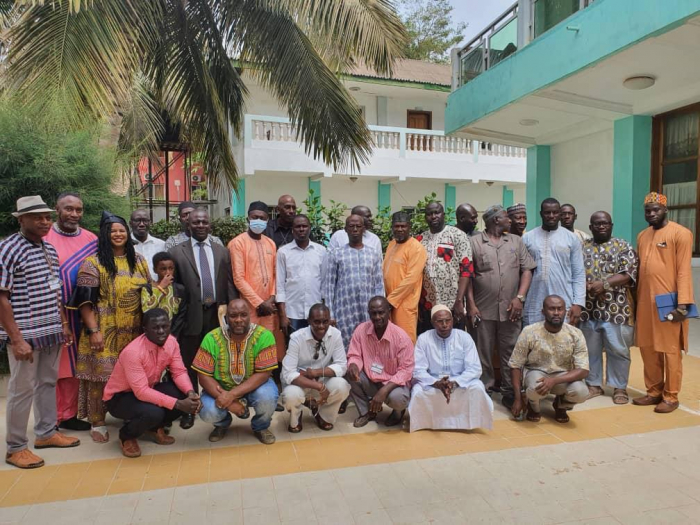 “Slavery is not something new in Africa and for these people to be accorded automatic citizenship, support of the executive is crucial, more so the president,” Hon. Sulayman Saho said.

He added that the role of the National Assembly is crucial in implementing laws that will guarantee the process of returning home.

Saho said that the Transatlantic slave trade is known to everyone and people must understand the reasons why some of the Africans left Africa for Europe or elsewhere.
He said the home comers need to be recognised as Africans and their return should be considered as family reunion.

The Badibou Central NAM said if President Adama Barrow accords automatic citizenship to the African descendants, it will be a historic moment for the entire country.

Juliet Ryan, the founder of BlaXit and COAD, highlighted the significance of organising the symposium, adding that it will go a long way in addressing the issue of automatic citizenship and private members bill.
She said the day is a historic moment and it is the first symposium of its kind in The Gambia, which is the Transatlantic Slave Trade. “Many of us were taken from Africa and especially The Gambia where my family is from,” Juliet Ryan said.

Among the challenges they faced, she said, is that many people are not aware of the economic benefits of Africans that have been taken away from Africans.

“We need to come back together so that we can unify and stop the exploitation of Africans that is rapidly taking place every day,” Juliet said. “We are your long lost cousins.”

Madam Ryan further said their next step is to look at how they are going to draft the private members bill and who will help in the process.

“I have learned a lot of things from this symposium and things that I don’t know about Gambia and I now realise that more work need to be done,” Juliet Ryan said.

She added that it is high time for Africans to eradicate some of those colonial laws that are meant to divide Africans.

She expressed that lawmakers have the powers to change some of the colonial laws. She said the symposium has served its purpose and they have learned a lot from the symposium.

“I hope Gambia will be the first country in Africa to implement the laws on automatic citizenship,” Juliet Ryan said.

Speaking at the event, Hon. Halifa Sallah, Serrekunda legislator, said the descendants from Africa were fighting two different battles. One is against slavery and the other one is against self determination.

He said, when they became the majority in the Caribbean, they began the struggle for self determination and independence.

Hon. Sallah said African descendants were enslaved in America, died due to the colour of their skin and they were not recognised as human beings.

He added that the descendants were also struggling for their rights to be recognised as human beings.

“The descendants have a right to return to their land of origin,” Hon. Halifa Sallah said. He added the African Union must look at each country’s constitution in Africa to ensure all the elements that are essential to agree on a protocol on how to ensure that those who want to return now can be given the opportunity to do so to any country of their choice. 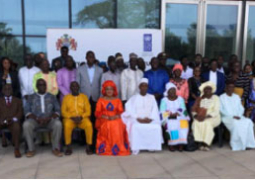 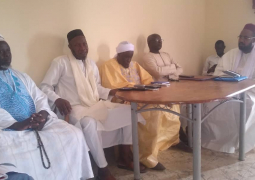 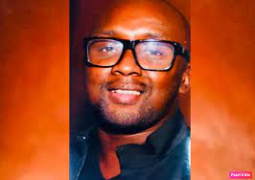