President Adama Barrow on Monday presented tractors and other advanced farming implements worth 170,000,000 to farmers’ organisations, youth and women groups across the country. 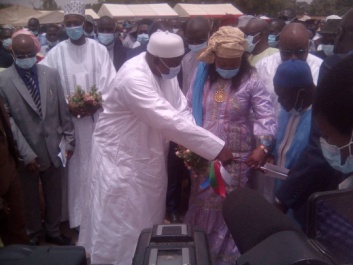 The advanced farming materials are used for tilling, ploughing, harvesting, threshing and land preparation among other agricultural purposes to ease the work of farmers.

According to officials, the project is a part of government efforts to execute the 2018-2021 national development plan.

In his launching statement, President Adama Barrow described the handing over of those agricultural materials as timely. He said the agricultural sector has embarked on a transformation programme for modernising and mechanising crop and livestock production and processing.

This programme, he said, has been captured in the 2018-2021 national development plan as well as reflected in the second generation Gambia national agriculture investment plan to ensure food and nutrition security in the country.

However, he noted that his government’s efforts to achieve its objective in this mechanisation plan was formulated by the agricultural sector and supported by the Japanese government to enhance the lives and livelihood of Gambian farmers.

President Barrow further affirmed that his government has given loans to farmers for plough service as well as a discount on plough services by 30 percent.

He urged stakeholders to work unanimously to ensure successful implementation of the initiative and all other government projects, while affirming his commitment to supporting the agricultural ministry on its plans to ensure food self-sufficiency in the country.

He commended the government of Japan for supporting his government’s agricultural agenda.

She added that the project will also enable private sector participation and create job opportunities for youth enterprises. “Any dalasi invested to procure these items will not only reach the targeted beneficiaries but also reflect into the crop production and productivity and enhance their livelihood.”

Lamin Sanneh, governor of West Coast Region (WCR), said the initiative has manifested government’s concern in responding to the needs of Gambian farmers that was raised previously.

“Farming has always been the strong pillar of Gambians especially rural communities and women but the production is too low due to circumstances that are beyond imagination,” he said.

However, he said agricultural mechanisation will increase production and ensure food security in the country.”

Mr. Tatsuo Arai, the Japanese ambassador to The Gambia, assured of continuous support to the Barrow administration’s agricultural development agenda to ensure food security in the country. 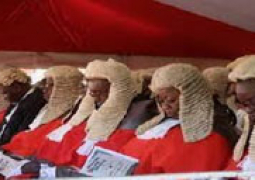 Judiciary and FLAG synergise on women, children, the law

The Gambia Judiciary and the Female Lawyers Association of The Gambia (FLAG) on Thursday converged at the Ocean Bay Hotel in Bakau to discuss women and children per Gambian law and to assess their current status, the challenges and the way forward. 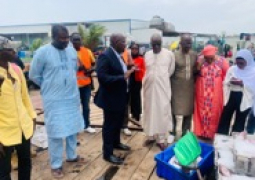 The minister of Fisheries, Water Resources and National Assembly Matters on Monday visited the Majilac Fishing Investment Company limited to get firsthand information about the Gambian own fishing company.