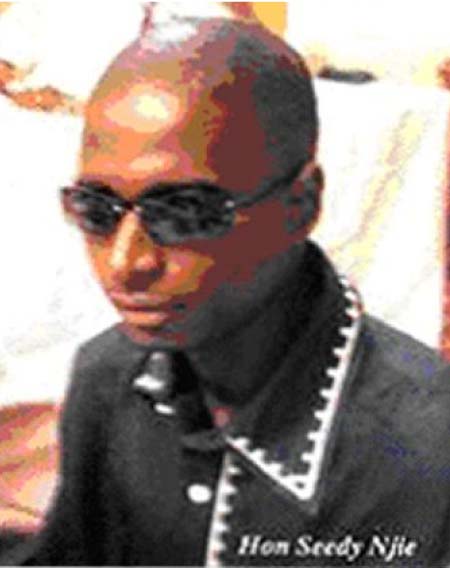 In resolution number 23 of the recently concluded National Youth Conference and Festival (NaYConF), the youths of The Gambia urged their youth representative at the National Assembly to actively push the youth agenda at the assembly.

It further recommended for the head of state to consider involving them in nominating the youths’ representative at the assembly in future.

The resolution stated: “The nominated youth representative at the National Assembly should be concerned by and play active participation in the affairs of the youth, and such nomination should come from the recommendation of the NYC, in consultation with national youth organisations.”

In a similar regard, youth representatives in local government councils and municipalities should be based on the recommendation of the regional youth councils, in consultation with the NYC.

NaYConF Daily publication carried in its Saturday edition that the youths at the conference component of the eleventh edition of the biennial event expressed dissatisfaction with the performance of the current youth representative at the National Assembly, and further asked for his replacement.

Upon the publication at the Soma Mini-stadium, the National Youth Council reportedly ordered the seizure of all the copies, some of which were already in circulation.

It was stated, in one of the copies seen by this correspondent, that the “bold demand of the country’s young took place during an open discussion in the conference component of the NaYConF in Jarra Soma.”

The question as to whether the nominated National Assembly member is performing to expectations or not emanated with the feeling that their views and concerns are not represented at the assembly.

One speaker said: “Honourable Njie was not democratically elected, but nominated. He was not nominated upon our request, but since he is not representing our interest, it is important we advocate for his replacement. It is essential to look into that,” he said.

“His nomination was just a hand pick. This is a youth gathering where we are discussing our concerns for a step to be taken.

“As a youth representative in the parliament, why is he not here with us? The Ministry of Youth and Sports should not have selected him as our parliamentarian,” a young lady asserted.

In response to one of the speakers, who said the youth parliamentarian was recommended by the Ministry of Youth and Sports, Musa Mbye, Director of Planning and Programmes at the Ministry said his office does not have such a mandate.

Fabakary Kalleh, the Chairman of the National Youth Council (NYC) recalled that Seedy Njie was nominated by the President because they (youths) felt that a youth representative was needed in the parliament.

He said it was through a NaYConF resolution that the youths asked assistance from the President to include a youth representative among the five persons he is constitutionally empowered to nominate to the assembly.

“We appealed to the President and he has chosen Seedy Njie to represent us and I don’t know (on what criteria he was) chosen,” he disclosed.

Sulayman Ceesay, NaYConF Media Coordinator, told The Point that the decision to impound the NaYConF Daily publication by the National Youth Council was based on their view that the call for the replacement of the current youth parliamentarian “was not a unanimous decision” at the conference.

Special Edition: What happens after one performs Hajj?